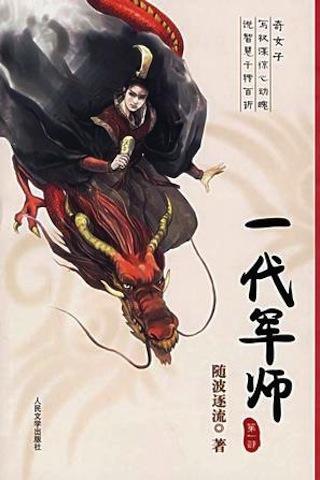 At the height of China's Warring States period, the country was splintered into seven kingdoms: Qin, Zhao, Han, Wei, Yan, Chu and Qi. For years, the separate kingdoms fought ruthlessly for supremacy. This brought decades of death and suffering. The soon-to-be first Emperor of China is on the cusp of conqering the war-torn land, yet three martial arts masters are determined to assassinate him. However one loyal subject stands in their way, ironically in the name of peace for all the land.

To Be A Virtuous Wife (Novel)

As a virtuous wife, does it include tolerating his cousin, enduring his concubines, bearing his mother? If you will not let me live freely, why would I let you live in satisfaction? Did fate let this woman time-travel, so she could learn the three morals and four virtues? Rather than act like a coward and live, it would be better to live in satisfaction and die.

No Pollution, No Public Harm (Novel)

Due to staying up late, working overtime, and generally working until busting a liver, the Wuling Leader was in a bad mood. Because of this, he refused to organize this year’s Martial Assembly. The previous Beggar’s Clan Leader was a shopping fanatic and die-hard otaku who would never make a mark in the world, a wretched individual who was a severe disaster to society. As the martial world deteriorated day by day, only the demonic sect maintained their original aspirations. Everyday they yelled the same slogan, conscientiously working hard to disturb the law and order of society. And for the aforementioned Jiang Hu intermediaries, regardless of how much they opposed the demonic energies, they had zero ability to counter. Rapid revenge whilst living a heroic story? These things didn’t exist. Everyone still had to pay back their home loans and credit card debts.