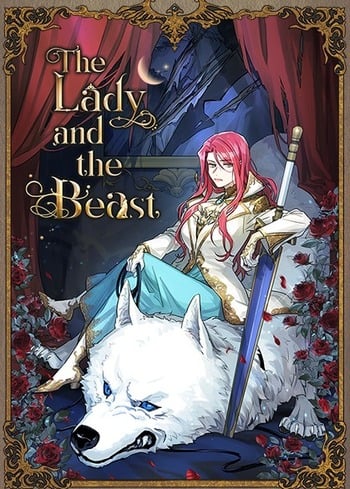 I LOVE LOVE LOVE THIS. SHE WAS A FORMER EMPRESS THAT STARTED FROM THE BOTTOM, SHES TALENTED, AND INTELLIGENT, like actually fkn smart and kicks corrupted aristocratic systems in the butt with her huge massive gun of a brain. i also love the depth of the depth of the story and the refreshing way it portrayed reincarnation, which is a concept that is popularly used, but the way this author did it really differentiated itself from other reincarnation stories. anyhow, the pacing is great too! and thats something i usually dislike webtoons for since it takes a gazillion chapters for the plot to advance. but this is just perfect. aside from the fact that i found this webtoon way too early with only 22 chapters available :(

The mc past life story is interesting, unlike a lot of time travel reincarnation in this one the mc is not seeking for revenge or anything grand. The vibe of her past is quite melancholic.

In chap 20 the mc dropped a line that skyrocketed my opinion of her. Makes sense why she was the empress in her past life.

If you're into josei this might work for you.

(Full of spoilers)
The girl and the beast is another decent manwha. The art is decent at best, the story is full of holes and plotlines with 0 meanings in the begining.

The story is weird and isnt planned out well enough in the begining which made it less enjoyable, so idk why its rated so high as this.

Arc 1
The first issue i have with the story is the begining, the Mc lost her family and tribe and was the only one left, she was keept as a toy for the king, but ended up slaying the king and 200 other people ''alone'' and rescued the other prince before that.
1st issue is that if she was that strong then why didnt she just save her tribe.
2nd issue is that she could have killed the king b4 she was ''raped'' by the king when they were both alone togheter.

Plotline 1.
She then get's betrayed by the next king aka the prince she saved, turns out they both loved each other (?)
- then whytf did he betray her?

Arc 2.
''The next arc, she was reborn and her sister had to marry some noble to save their family, the night before they were gona travel to that place, the mc  sneaks of inn the middle of the night to go to the noble so that the sister didnt have to, so she gets to a horse rides all the way to the main gate where her sister was waiting for here.''
- Does her sister have teleporting power? how tf could she have gotten to the gates b4 the mc, if the mc sneaked off in the middle of the night and they both ''sleept'' next to eachother

Art
the art is decent, its full colour though which is an +
But it doesnt matter if the story is shit.

Characters.
The mc is smart,brave,fearless and so on, this is becouse she has her memories from her previous life.
+ she is funny and focuses on the good thing instead of the bad, unfortunately the mc is the only likeable character.

Overall. 5/10
They should have planed the begining of the story and plots beter, also invest more time into the sidecharacters, the begining made me almost drop it but the story did improve.

Reincarnation is and will likely always be a weak genre when it comes to manga. It's a genre with a lot of complexity, and the people who write it don't bother with complexity. They're just after the romance. But because they don't consider the complexity, the romance comes off like a child wrote it. The reader ends up considering more than the writer in a casual reading, and that cheapens the work.

This is no exception.

The protagonist is an OP character rather than a Mary Sue, and I found her boring.

The story is bland. I ask myself how much I care if the leads live happily ever after, and I don't. At all. I ask myself where this story is going and I find any place it could go is a place that is dull.

As far as character design goes, I think the character's personalities are fine. I like the histories they were given. But the physical design is a bit too much. It is ridiculous to think that a reincarnation would maintain the physical appearance of a previous incarnation. The genes are different. And it's equally ridiculous that the newest incarnation would be so easily triggered into the reaction she had considering how memory works.

If you can accept a manga waving the lack of all logic in your face like a red flag, and that it's basically going nowhere even if you can switch your brain off, then you will love this. Oh and you have to also be square with her basically trying to rape an animal.

This story so far can be split into three distinct sections, which each one having its own (somewhat separate) appeal. The introductory section (ch. 1-5) is the worst section. It's setting the stage, showing Astina's prodigious sword skills and intelligence which comes from fem being Empress Martina reincarnated. If you can get through that section, the second section (ch. 6-24) is very entertaining. It offers the hope of bestiality sex between a giant wolf and a human girl, and I'm not ashamed to admit that this hope added a very compelling piece of tension and interest to the story. Primarily though, it's super cute seeing the wolf in its domesticated form, acting all dog-like and stuff. This section also shows Astina taking power as the Grand Duchess and dealing with the corrupt vassals trying to take advantage of the Grand Duke being incapacitated. The third section (ch. 25-present) has only just started, but it has so far dealt with the Grand Duke returning to feir human form and being impressed with the work Astina has done. While I feel some disappointment that bestiality might now be off the table, I do enjoy the story potential of the Grand Duke waking up to find femself already married and having to get to know feir wife from that point onward.

They've been slowly unveiling what actually went down back in Martina's lifetime, especially concerning the person fe loved, Theodore, and what led to Martina tearfully killing fem.