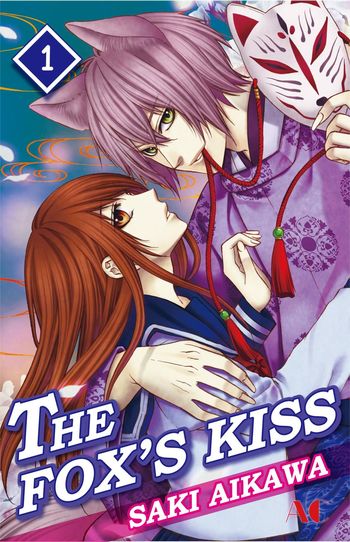 The shy Sawa Sawada has been holding a torch for her high school's prince, Kawakami, for a year and a half when she decides to finally confess to him. On her way to meet her crush, she stumbles and falls on her quiet classmate Nijouin. While breaking his glasses she gets a glimpse of...?

Tsukumo Sayo made a promise with a child demon when she was 5 years old. Now, 10 years later, that demon is tired of waiting her and suddenly he appears in front of Sayo to fullfil that promise? "I'll definitely make you fall in love with me". Well now, which side will fall first?

On Maika's 16th birthday, the girl is given a Shikigami named Homura, as it is the Shikigamis' job to protect the Onmyouji. But who would have guessed that Homura gains his powers from having sex...? And that the perverted Homura keeps making Maika's heart race...!?

Komachi, an extremely straight laced high schooler, encounters Enra, the son of the King of Hell, who is out to eliminate her as punishment of a grave sin that she will commit in the future.

Hajime Enari encounters a stray weirdo with cat ears and dressed in a loincloth.

Hashiba Rin, the daughter of a Shinto shrine, fell in love with the demon king, Char, who came from a different world called Avalon. They shared their love with their body and mind, but Rin's first love, Shou-chan, confessed to her and...?

Aoi wants to work off her debt to the Tenjin-ya inn, but she only has one day to find a position and none of the managers are willing to hire a human! If she can just get someone to see past her family background, Aoi is certain she can prove her worth!

Don't Eat Too Much! I Picked up an Incubus!?

Mashiro Shimazaki is a 23-year-old college student and he's got the worst luck in the world. He gets mistaken for a groper on the train, a girl asks him out thinking he's someone else... He just can't catch a break. He even ends up stepping on a frighteningly-beautiful "incubus" on his way home......! The incubus - calling himself Nijo - uses unworldly powers to draw Mashiro into seductive pleasures to quench his "hunger." Nijo's tongue drains Mashiro of his strength and he touches Mashiro in places he's never been touched before... With this arrogant incubus and Mr. Unlucky shacking up together, let the pleasures begin!