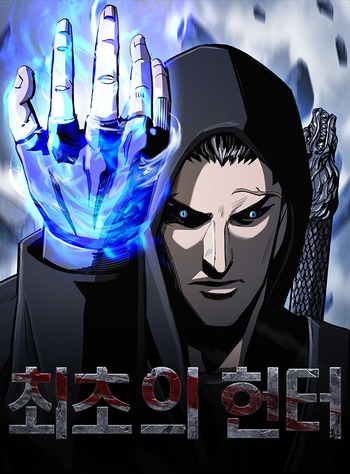 This is a very straightforward story. The focus on this Manhwa is the world's end and the appearance of monsters out of nowhere in Korea, but the story goes everywhere in the world. Our protagonist is Taehun Kim an already very strong experienced military person, who has no reason to live, and no objective in life to achieve. The appearance of the Monsters and the world's destruction for the protagonist is basically a second chance to atone for the mistakes of his past and work hard to leave a 'good' mark on the world.

The protagonist works hard building a Clan, gathering good and loyal members so they can face the threat of the Monsters and save as many people as they can while getting stronger the more monsters they face. The story never deviates from the main objective, and always focuses on this specific point, which is the monsters, and people using them.

The art may be lackluster for some but I actually found it enjoyable since it's unique, and make it seem like a painting style, but with a mature drawing, and the characters are drawn very realistically.

In character development, there isn't much in here, but there is some. The focus is more about the monsters, the world, and the protagonist. Not that this makes this Manhwa any less enjoyable. We do have an arc explaining the background of the protagonist, but there is almost nothing for the majority of the characters since they are most times secondary characters. We do get at least some explanation for key characters in each Arc so that helps to understand them better.

And, in conclusion, with the ending of this Manhwa that just dropped, I'm very satisfied with this work. No open ending, conclusive, direct to the point. It's a very enjoyable read. Have fun!