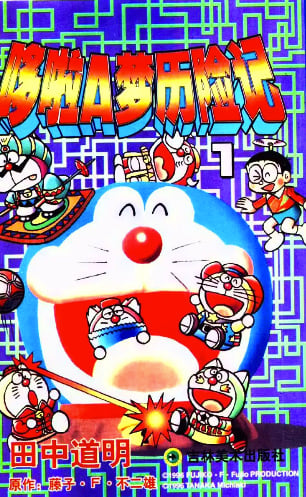 If you're looking for manga similar to The Doraemons: Doraemon Game Comic, you might like these titles.

The age of the maid robot has begun! Now, each family has at least one maid robot in their household, and Souta's family is no exception. Souta grew up with his maid robot since he was a young boy. He has learned that there are people out there that have fallen in love with their maid robot, but he is determined to not be one of those people. His maid robot, Tsukushi, will do whatever it takes to make her master happy!

In the distant future, Asumi--a girl who has no clue to her memories but a drawing of a green-haired, ponytailed person--finds her only friend in Asimov, a battered old delivery robot. The strange companions travel the stars together in search of the mysterious ''Miku,'' only to learn the legendary idol has taken different forms on many different worlds!

For most people, having one’s own mecha sounds like a dream come true. So when Eiji’s father builds him his own girl mecha to help around the house, he thinks life is about to take a turn down easy street. Unfortunately for Eiji, his eccentric father isn’t about to make it that easy, and his new mecha girl seems to have a mind of her own – one that doesn’t necessarily take to doing what she’s told. Will Akira-chan prove to help Eiji’s life, make it more complicated, or a little bit of both?

When schoolgirl Rushiha is suddenly attached by a humanoid robot, a guardian robot named Faust appears out of the blue to rescue her! And why does he insist on staying on as her permanent bodyguard? The answers to these questions lead the unlikely pair on a quest to rescue her scientist father from the clutches of his own creations!