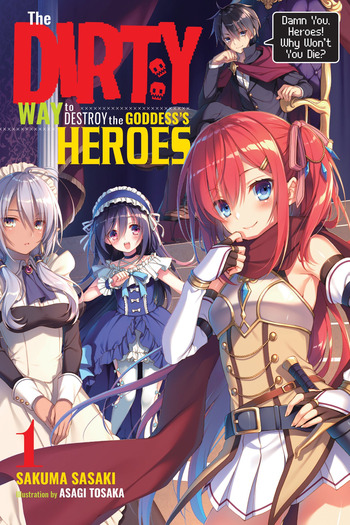 If you're looking for anime similar to The Dirty Way to Destroy the Goddess's Heroes (Light Novel), you might like these titles.

Childhood friends Tachibana Hinata and Jinguji Tsukasa were living the everyday life of office workers. Then, on the way home from a mixer, they were sent flying into another world by a mysterious being. Once there, Jinguji sees his best friend has been turned into a beautiful blonde-haired, blue-eyed girl...?! The adorableness of Tachibana’s female form completely flummoxes Tachibana. But these two are each others’ best friends. To keep their relationship from being destroyed, they must defeat the Demon Lord as quickly as possible and return to their original forms.

Harem in the Labyrinth of Another World

Struggling with life and society, high school student Michio Kaga wanders about the Internet and lands on an odd website. The website, featuring a number of questions and a point-based system, allows one to create skills and abilities for a character. Upon completing his character, Kaga was transported to a game-like fantasy world and reborn as a strong man who can claim idol-level girls. Thus begins the cheat and harem legend of a reborn man!