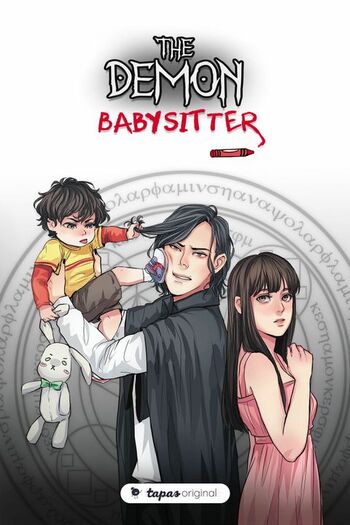 Dale is a well-known and highly skilled adventurer despite being so young. One day, he's on a quest and goes deep into the woods and finds a little devil girl named Latina, who is just skin and bones. Latina is branded with the mark of a sinner, but Dale decides he can't just leave Latina there and decides to become her guardian. Thinking to himself, "Latina is too cute, I don't want to work," he ends up doting over her before he even realizes it.

After winning a family trip to a hot springs resort, Yuta and the girls were followed by Raika, Kouichi and Shuntarou. Meanwhile, Raika has to deal with her burgeoning feelings for Yuta.

After many trials, the Hero has reached his destination: the throne room of the Demon King, where he hopes to end the war between the Demon and Human realms once and for all. What he finds, however, is not at all what he expected: the 'king' of the Demons is a woman, and a bouncy one at that - what's more, rather than fighting, she wishes to engage him in dialogue! She explains that he was never expected to succeed in his mission, because the war is perpetuated by parties in the human world who profit from it every day. Swayed by her arguments, he makes a pact with her to work toward peace for both their worlds. Together, they will better the lives of their people and create a world where war is no longer needed to ensure prosperity - despite those who would shed blood to keep the status quo.

Tragedy struck Kotaro Higuchi as a child in the form of his mother's death in a car accident. But fate has a funny way of doing things, and years after the fact an angel-in-training named Misha decides to pay him a visit. Joined by his fellow elementary school students, and later by the nicest demon you'll ever meet, Kotaro and Misha will embark on a journey of laughs and love.