The Deer and the Cauldron - Recommendations 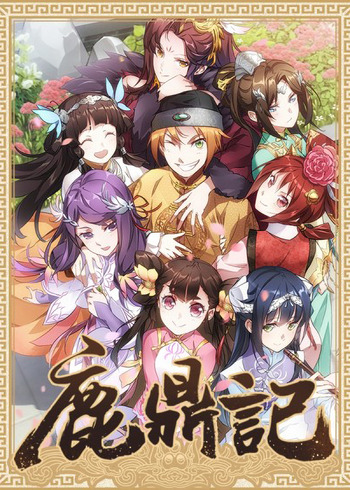 If you're looking for manga similar to The Deer and the Cauldron, you might like these titles.

Around the 17th century, Wu San Gui overthrown the Mu Wang Palace with the help of a mysterious person, allowing them to do whatever they please to in Yun Nan, the Mu Wang Palace who had hidden in seclusion was massacred, and a simple youth named Jing Xiu Ming became the only survivor after being saved by the disciple of the Yunyou divine doctor named Ling Le Sui, but was infected with an illness that causes people to go berserk. In order to find the killer who killed his entire village and cure his illness, Jing Xiu Ming and Yunyou divine doctor's disciple set off for a journey.

Love Blossoms in the Rain

Qianlin and her mother have been hunted by assassins ever since her father visited the Faraway Mountains Academy, but she has no idea why. After years of running, hiding, and seeing the innocent people around her cut down before her eyes, she is the only one still alive. She’s determined to get answers—and revenge. Disguised as a boy, she enrolls in the academy. When the other students try to befriend her, she pushes them away, wary of putting others in danger, but can she complete her quest for revenge alone?

A pervert with great martial arts skills, a klutz of a nun, a dojo master with a bombastic imagination, a volatile code of chivalry, a mentally unstable patient who flippantly gives out internal energy… and so many experts who’re castrated? Hehe—So this is murim?!