The Blood of Madam Giselle - Recommendations 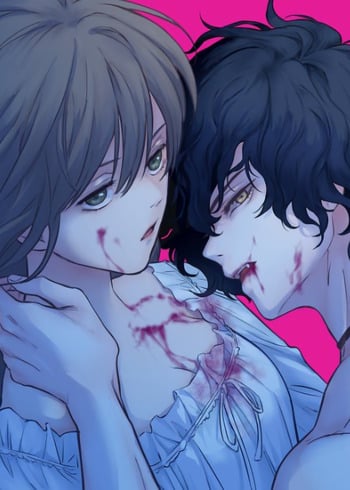 If you're looking for manga similar to The Blood of Madam Giselle, you might like these titles.

"My home cannot be like this." The story of a quiet male student and his next-door neighbor... who is married.

Kyung-soo's spent the past three years trying to forget about one traumatic night. It isn't until he meets Dong-hyuk that he gets a full night's sleep. One night without the nightmare of being tied down by a room full of men under the watchful eyes of Yule.

Dine With a Vampire

Caught in the clutches of an abusive relationship, Sooin longs to escape. A vampire who finds human blood repulsive, Chi-hwan only drinks the blood of other vampires. When chance brings the two together, Chi-hwan makes Sooin an enticing proposal. Chi-hwan will help Sooin get out of his living hell, and in exchange…Sooin has to let Chihwan drink his blood. Will this proposal change both their lives for the better?

A vampire is able to escape near death by making a deal with the devil…. In order to obtain a fresh woman’s blood to be offered to the devil, the vampire becomes even more malicious than the devil himself…

I'm Yours, Blood and Soul

Follows two boys with disabilities, Onishi Yuu and Ishida Kenji, as they deal with the trials and tribulations of high school life.

The Monster Duchess and Contract Princess

Leslie’s life was always used for the betterment of her sister, Eli. After a failed attempt to extract the black magic within Leslie to transfer to Eli, Leslie knocks on the door of the monster Duchess and pleads for the Duchess to adopt her?!

Maybelle had lived a life of abuse under her parents. Upon discovering that these 'parents' aren't her true biological parents and that somewhere, her father exists, Maybelle sets off in search of him.