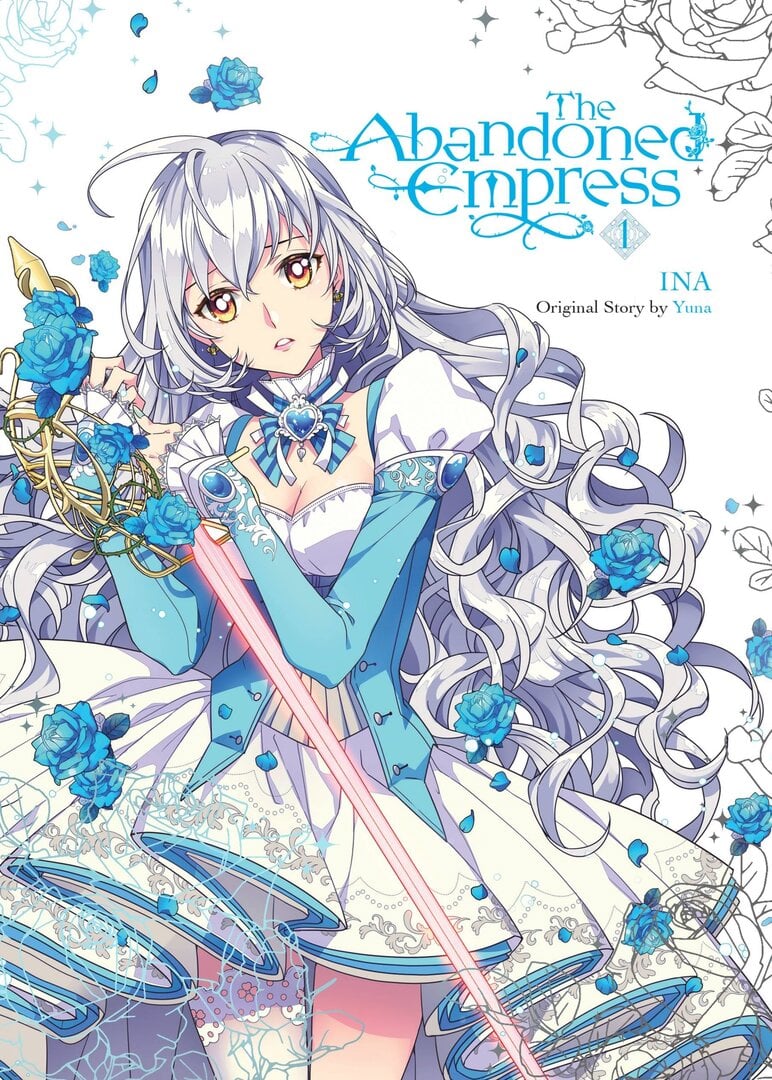 so basically the abandoned empress is a story about this girl named tia (her nickname, calling her this because it's too much of a hassle to spell out her entire name) who is the fiance of the prince of the empire named ruve. however, when tia was sixteen, this girl from another dimension named jieun (she comes from korea) shows up at the palaca out of nowhere and seduces the prince into loving her instead of loving tia (whom he didn't even love in the first place). the prince abuses her grately and eventually even kills tia's father, causing tia to become enraged and stab the prince. she is then executed. that is the end of her first life.

after being executed, she opens her eyes again to find that she has returned to her ten year old body, as well as the world around her. she decides to live her life freely this time and not fall for the prince this time and do what SHE wants

okay ..... so i thought the abandoned empress started off fairly okay ?? the plot idea is pretty good. listen i can't rearrange my thoughts into an actual proper order so i'm just gonna say whatever pops into my head at the moment.

there are three main love rivals: ruve (the prince), allendis, and carsein (THE loml i love carsein so much he is a soft sweet boy). i don't even get why the prince is still an option, like i get that tia's family and the royal emperor's family have had ties regarding to marriage for like a long time but. tia becomes a knight for the palace...... you can't really like. be a knight AND the empress at the same time ... tia wants to be the heir to her father, she is literally his only child so like. leave her alone ..... can she just not be the prince's fiance anymore please it's literally so annoying

BUT THIS BITCH FALLS FOR THE PRINCE IN HER SECOND LIFE TOO like. GIRK ?????? your goal was to LIVE FREELY FROM THE PRINCE ????? AND NOT HAVE ANYTHING TO DO W HIM ??????? DO YOU NOT REMEMBER HOW HE TREATED YOU IN YOUR FIRST LIFE ?????? he abused her by literally threatening her all the time and just being an entire asshole and even RAPED her...... and made her have a miscarriage ....... AND HE EVEN KILLED HER DAD, THE ONLY PERSON SHE LOVED LIKE .......

listen this entire story's point is for tia to escape the prince SHE ISNT MEANT TO GET BACK TOGETHER W HIM IN HIS SECOND LIFE like okay i get that he is nicer but he is STILL petty, stubborn, and just selfish ??? and it doesnt change what he did to you in the past ???? hes a BAD PERSON??????? if tia doesn't actually live the way she wants to then like. what even is the point of this story. THERE IS NO POINT BRUH !!!!!! like it also teaches the reader that you should be a clueless little bitch and forgive someone that has literally DONE SO MUCH DAMAGE MENTALLY, PHYSICALLY AND EMOTIONALLY to you ..... and fall for them ...... girl that is so. goodbye

anyways the only credit i give to the author is the artwork the artwork is absolutely beautiful but the plot ??? the story ???? the message ???? absolute shit !!!!

also im ONLY giving characters a five for papa and carsein and the second knights they are the only ones that matter ......... the others are either insane, fucking annoying, or i want to beat them the fuck up

Bummed me out that she 'took her destiny into her own hands' and then proceeded to fall right back into it with the d head. Crossed a line for me. I have read plenty of stories where the MC falls in love with the man that killed them. However, in most of those stories they themselves were originally a d and kinda deserved it. However i draw the line of believability when the man who beat, raped, mentally tourmented, and killed an innocent woman gets to stay with that woman. I don't care if it 'wasn't his fault. There is no way that i can mentally justify that relationship.

This is just a warning for people about to read the story because alot of people get upset after reading the end of the novel this manhwa is based off of and drop. No major spoilers yet but the basic premise of the comic is this: girl abused by husband she loved gets transported back in time before they marry and she meets other boys who are nicer.

**spoilers for ending of novel**

The mc still marries her old very abusive husband at the end. Said abusive husband only gets a little bit of what the author probably thinks is justification for his actions. There is not really a redemption arc and the husband doesn't really change his behavior. Mc is still neglected and abused and husband still takes another wife who he loves more.

Some people still read the manhwa expecting a different ending. I personally don't see it turning out any different, but you can read hoping that if you want. Before the terrible ending there is some very good and cute content, with lovable mc and multiple love interests.

Honestly, the art is good, the character is good, everything is good. The only thing that pisses me off was the ending. I got spoiled by other comments here (I don't blamed you btw, was my own fault for reading it), especially about the ending. After how he treats her and stuff, they still ended up together. I MEAN LIKE, why not with the green hair guy? The red hair guy is good too. I'm still on Chapter 35 (They are 93+ chapters in total), and I'm stalling, wondering if I should continue it or not.

For now, I'm thinking of putting it down first and reading it again when it's worthwhile.

For those who wants to read it, you may read it (I would recommend it, if you don't mind the ending)

Talking about these kind of Manhwa, isn't it always about 'surviving' and 'repairing' the past for the better with a little twist on top?

It's not a sad ending yet for the comic version people!!*I refuse to read whatever novel spoiler out there.

We want a happy peaceful storyline and plot for the main character for sure. But it'd be boring and flat that way if i may state my opinion. This manhwa is GOOD to keep our curiosity and the fire lit.The more you mad the more exciting this manhwa goes!

Well I pity almost every character in it for getting played by. Don't you? :'( somehow i wanna have words with the creator

Anyway, the next season is coming soon and my only problem is the art. Its already good as it is but im hoping for smoother result in the future ~

When I started reading this, I was fascinated with the art and the plot. I usually like reading manhwas with a strong female lead. That has goal set to achieve and not repeating a tragedy that had happened. Anyway.

As I continued reading it I was hoping that this manhwa would be different. That the FMC wouldn't fall in love AGAIN with her abuser even if he changed. But NO. She falls in love with him. I'm sick of those kind of manhwas. She was gifted with a second chance to not fall in love with him and become stronger to protect her loved ones, she was working hard to be strong and I admire that about her.

Why do those manhwas have to repeat this thing? Why when the MC is granted another chance to not repeat the disaster that had happened, they fall again in love with the evil MC that had suddenly noticed her and started developing feeling for her.

That art was fascinating, so are the characters personalities. But, I really hope that she will not end with  prince in the 3rd season. But, I know there's nothing that'll change that.

Do Not Read If Your Allergic to Bad Plot Line

The story started out amazng and I was hooked onto every word. I love the female lead is taking her destiny into her hands. She getting revenge on her mentally and physically abusive hubby, but the part that crossed me was the ending because guess what she runs into her abuser and he still uses the two woman, yes he got a side hoe and everything, i cooldn't read this.

A bit of some spoilers

I haven't read the novel, but I have read the English translation on happy toons. I fell in love with this story on the first two chapters. The Prologue and Chapter 1. I don't know how many chapters the comic will have but its currently still being updated every week on Friday. If you like your heart strings being pulled definitely for you. what I really like about this story is we usually get the girl who travels into the other world and we follow her story and how she overcomes things and etc and let's be frank it's overdone. This story is about the other women. The one who was born in this world. We never really care about the people who were there first just our main girl who travel into the world. This story we get to see how this affects the woman who was led to believe she was meant to be queen her whole life and how this affects her and her world. I can't wait to see how this ends. Each chapter is great, you get to learn more about everyone and you get left wanting more until the next update!

the special thing about this manga is the fact that the main character isn't the one who came from another world.

It is the opposite. there is a girl who came from another world but she isn't the heroine.

I loved the story and I totally recommend it.

I read a very sad spoiler which basically made me want to quit reading but I can't help but hope that the ending of the manga won't have the same ending as the novel😭.