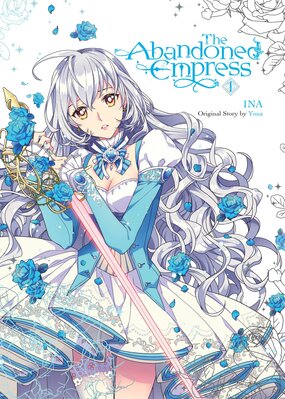 MINOR SPOILER AHEAD, but i'm just trying to encourage you to still read this manhwa DESPITE of its spoiled ending (as suggested in the novel), DESPITE OF ITS MANY NEGATIVE REVIEWS (EVEN ON THIS SITE) BECAUSE OF THE ENDING. please hear me out :) I know that many people has been disappointed with the novel ending. Many has also been warn people not to read this manhwa. But, I think this is a great manhwa for those who, like me, enjoys a tragic story with a 'bad ending'. I personally think it's not a 'bad ending' per se. I'll explain this further with how i think about the character development. First, the story. It is not you would expect of the usual great ones. It is painfully slow paced and often does not make sense. However, i think its slow pace-ness is one of its charm together with its many twists and turns. Sow pace-ness story done right. It depicts how the MC has to go through such long years and slowly make herself and the world deviates further and further from the original one. The art also supports this idea. You can also recognize how the characters are drawn more mature bit by bit to the point that you would not see the difference unless you jump 1-2 dozen chapters. It's just like real life, where you don't see yourself growing day by day, yet when you look at your old photo you see that you have changed so much. The art is not only good to the eyes, but also support the story tremendously. It's not something that you very often see in other 'typical' manhwa/manga. I recommend you to read this manhwa as if you're reading a mystery story. You need to be on the look out for minor details that may be significant in the future. As the story goes, more things will be unfolded and it will give you new perspective about the circumstances and the characters. On that note, the (main) characters are NOT depicted as black and white. From reading many comments & discussions, i found that many people just love to label this character as the bad guy, and the other one is the good guy. I don't think that's what the author wants people to see. I think he/she wants to give you more of a realistic view, instead of the usual fairy tale narrative. The main criticisim that people give is that SPOILER: The MC ends up with the emperor who abandoned her in her first life. People say that she's chasing her own tail, she's stupid, bla bla bla. NO, i don't think it's as simple as that. This IS NOT a simple story with simple characters and simple development. I believe that the ending will be beautiful as more things unfold and the characters develop further. It will be the ending that no one even considers at first, not even the MC. Like a story of someone that didn't even think of having a certain job, or of sworn enemies becoming lovers, etc. It's not the typical, popular, mainstream romance story that pleases everybody. It's not for those who are thirsting for the more popular flowery romance story. I don't think it intends to be one. Not that i hate the more popular story. But it is perfect for those who are looking for a change of pace, who are willing to open their minds to a boarder perspective on things, and those who loves stories that is not bluntly obvious as how things are to be expected. Some negatives though: Its slow pace-ness is something you must endure, like it or not. so i think it's better to read it when it's completed if you're not the patient type. But trust me that the story is not going all over the place and steadily goes forward. Second, the art with its layout is not soo sophisticated that i'd give a 10 but it's good enough. The characters, though develops steadily, does not give an obvious direction / description so people might be confused on what are they thinking. For example there're several times when MC is staring at the emperor, but there's no obvious expression or blush, no flowery effects, no thoughts that say "ah, i still love him" or "i'm confused" or "ch, i hate him" or whatever. You're in the dark and kind of have to infer if yourself by empathizing to the character given the many details that have been revealed. I think that it's the charm, but if you don't get it then i bet you'll get pissed. So 8.5/10 it is. spoiler on my opinion so maybe you'll get what i mean by infering things: i love to think that the moments i described earlier is the MC being charmed to the prince all over again due to his different behavior, the fact that the string of fate that was mentioned before makes the MC harbor feelings for the prince, and the fact that she still cherished that feeling in her first life despite the prince being a dick (until that moment when she hated him). And no, i don't think that just because the prince was a dick, he is one in the second life. He onced or twice worry about the MC to in the past, so that's a clue.

I started reading this manhwa a while ago and I was hooked on the story and the art. This was the manhwa that made me start to get interested in other manhwas since there was so much color, amazing art, romance, and all that fun stuff.  I recently decided to finish the rest of it since I stopped for a while (not enough of the chapters were translated during that time) and I began to enjoy it all over again. I stumbeled upon the reviews from others and a lot of them were negative, which did and didn't surprise me.  The thing is people aren't necessarily upset with how the story was told, but rather how it ended. (The writing, the art, the layout was more than fine; it was great in my opinion and told the story well. To me, that's better than having a "righteous" story.) Before I get into stuff that reveals more information or "spoilers" (not really) about the manhwa, yes, I do recommend reading this. I see a lot of people say it's a waste of time, but I would say otherwise. Yes, the story doesn't necessarily go the way that it was "supposed" to or was, how should I say, completely morally correct? But if anything, that's what made it more interesting.  Alright so "Spoiler" now, but it's one I'm sure everyone already knows about (people say it so much!) and I would actually recommend knowing about this "spoiler" before reading the manhwa. Yes, Aristia (main protaganist) ends up with the crown prince even in her new life. When I first heard about this, I was just as shocked as everyone else. How could this girlie end back up with the man who gave her so much torture even when she literally given a second chance?? But I think it's important to note: she was self aware. She was very aware that she shouldn't go back to him before finally fully accepting things had changed, especially the people. My biggest "defense" (not my only one though) for the end: imagine if she ended up with either Carsein or Allendis. The story would have been deathly boring. Everything would have worked out so easily and would you really want to read a story where things are resolved so quickly? Wouldn't you rather read a story about how someone wanted to get a certain sweater that would require them to travel through mountains, deserts, highs, lows, betrayals, trust, love, and growth rather than a story about how that person just decided to simply buy another sweater from a store down the street?  Many things are revealed later on that sort of change what we had previously thought about each of the characters, but I will admit they come later in the manhwa. I would say the beginning and end are the most interesting parts of the manhwa and around the middle started to get a bit slow at times, but I still think it's worth the read.  I see reviews where people are implying that the whole "people change" thing is BS, but I would have to disagree. I was able to relate and make sense of Aristia's "people change" reasoning because it reminded me of the person I was back in middle school. The person I am today is definetly different from who I was then and I'm sure plenty of people can agree with wanting to leave your middle school personality a thing of the past. In this case, Aristia was actually able to go back in the past and change the person she was early on. Overall, don't be discouraged about the fact that she ends up with the crown prince. If anything, learning that she was going to end up with the crown prince made me enjoy the story more since I never hoped for the story to go a certain way and got disappointed when it didn't.  I think being able to learn about how Aristia ends up going back to the man who treated her so badly before was the most interesting part about the story. No, I do not support abuse or romanticize it, but neither did this manhwa. Let me repeat, this manhwa does NOT romanticize or glamorize abuse. It does quite the opposite. It recognizes that abuse is bad and that kindess is much more significant and preferred. 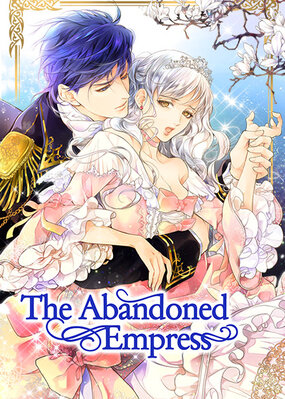