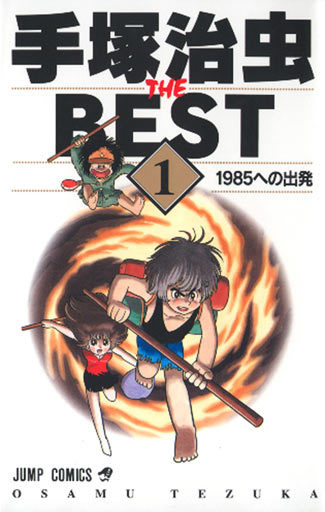 Hajime is a wandering samurai, who carries a musori sword and is aiming for the top. His goal is to have a fight with the famous Muichi, but upon his arrival in a village his sword gets stolen. And to top it all Muichi turns out to be…

The state of progress is one where one must look to the past in order to protect the future... but what must be done for the present?

For centuries, the lands have been plagued by conflict. The people suffered, and many lives were lost as two powerful clans waged their decades-long war. But the brutal murder of the eleventh princess of the Hikami clan signals the beginning of a new era. The souls of those who died centuries ago have returned, housed within in the bodies of a group of courageous young boys and girls. Already, this group of special young teens knows that they must band together to once again face their enemy, the bloodthirsty Shogun. But the Shogun is a master of the black arts, and the only way the teens can defeat him is to train and develop their own supernatural power...

For the past 500 years, a certain country has spent day and night fighting countless wars. However, the appearance of General Kuroda Kyoutaka seemed to foretell the end of this war-torn world with eighty percent of the country already under his rule. His followers are the People Hunters, indiscriminate murderers who suddenly started killing under Kuroda's orders 15 years earlier. In foreign countries, in their own villages, men, women, children and the old... there were no distinctions made. Kuroda's followers simply murdered... and enjoyed it. Happening upon a lone priest with the eyes of his dead sister, a displaced young man named Kazuma struggles against the demons of his past and present. In this strife ridden land how will he fare?

The year is 1863 as the tumultuous samurai era is coming to an end, Japan is split between the pro-shogunate and anti-shogunate factions. The fate of the world is threatened as an army of historical revisionists are sent from the future to alter the course of history. In order to bring these forces down and protect the real history, two sword warriors, spirits who are swords brought to life by Saniwa (sage), rush to Edo. The polite and thoughtful Horikawa Kunihiro and the short tempered yet skillful Izuminokami Kanesada, who served the same master, confront the invading army along with a lively gang of other warriors including Mutsunokami Yoshiyuki, Yagen Toushirou, Tombokiri, and Tsurumaru Kuninaga. As the fate of history lies in these hero's hands, what meets the blade is yet to be uncovered...

Tokyo, 2002. Tatsuaki dares to learn something novel to the most of Japanese: Beijing Opera. One day, he receives a Kouu mask from his master. Just for fun he put it on and is instantly transported back to Beijing, circa 1924! So begins Tatsuaki's adventures in the Beijing Opera House.

Mitsurugi Kai is a wizard that must pass a test of character. He doubts himself due to his past. His test is to retrieve paper charms by himself. On his way, he meets Kohrogi Orine who is a fledgling singer who also doubts herself.