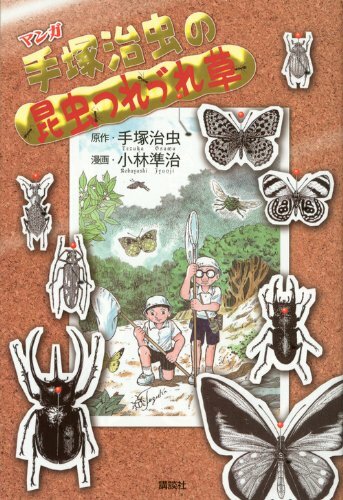 If you're looking for manga similar to Tezuka Osamu no Konchuu Tsurezure Kusa, you might like these titles.

Namae no Nai Kaibutsu: Kumo to Shoujo to Ryouki Satsujin

A monster spider with the ability to take the form of whoever eats a cute girl's body, traps the MC in his own home and NTRs him from his girlfriend. At the same time, a string of murders are plaguing the town and he begins to wonder whether the murders and the spider are connected.

A manga about a private investigator that can talk to bugs, who takes on odd jobs from various insect clients.

The "whole country unification insect comedy" series centers on a male junior high school student named Baku who doesn't fit in with his class. He spends his days in the empty stairway to the roof of his school and calls it his "castle." One day while he is hanging out in his castle, Baku hears someone refer to his female classmate Kirin with the formal and rather antiquated term "dono." That someone happens to be a talking insect.