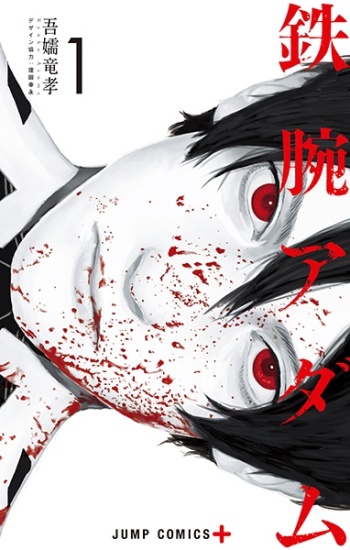 This prequel to Mass Effect 3 follows the early career of Alliance Marine, James Vega. Vega leads an elite Special Forces squad into battle against a mysterious alien threat known as The Collectors. Stationed at a colony in a remote star system, Vega and his soldiers must protect the civilians from a ruthless invasion determined to capture the population for unknown purposes.

The year is 2203. A planet destroyer missile, crashing into the sun, has caused a dangerous increase in nuclear fusion that threatens to destroy the entire solar system in one year. A new mission calls the Star Force back into action, and the legendary Space Battleship Argo will launch once again to find a new home for the human race. Alongside the original crew is a group of new recruits, hungry for adventure and they'll get more than they ever dreamed! Beyond the edge of the solar system, two fearsome empires have arisen, and in their struggle for territory, they have turned the galaxy into a cosmic battlefield. Unaware of this, the Star Force is about to enter the fray.

The Watcher’s Nest has escaped the final experiment via the "Exodus" emergency procedure to Earth… or have they? Forced to anchor to the moon to avoid colliding with the earth, they discover the world to be surrounded by a time barrier. And on earth, time is running amok! Different eras of history appear on the planet, but with only 2 constants: the presence of a Ghoul’s specular and Kureha Misaki. Can Major Lyar, Kiri, Commander Woerns and the crew unravel the mystery of the time barrier, Misaki and the Ghouls to escape this warped reality, and find their way home?

The year is 2755. As a result of a system malfunction, the cargo ship XeBeC goes off-course in a warp gate and ends up within the orbit of the distant planet Garaga. After crashing on Garaga's surface, the crew must find ways to survive from hideous monsters, rabid ape soldiers, and a race of mysterious psychics.

In the distant future, aliens called Victim destroyed all the worlds of humanity except for Zion. In this desperate time, young boys of the space colonies are sent to GOA to learn how to, and compete for the right to, pilot the fighting machines designated as Ingrids. These child pilots are assisted by EX -- a special power, and by female partners who repair the Ingrids. However, to save humanity, exceptional candidates are needed, and two new students, Zero and Hiead, motivated by their desire to succeed and burning rivalry, may be the human race's last hope...

Tekkaman is just an average bright boy in his everyday life. However, modern science can turn him into a mighty space warrior. This becomes a reality when aggressive aliens come from space to invade our planet. Armed with a space lance, Tekkaman gallantly goes into action against the grotesque space creatures. During his battles he encounters a mysterious young man from another planet who helps him out whenever he is in danger.