Alt title: My Isekai Life: I Gained a Second Character Class and Became the Strongest Sage in the World! 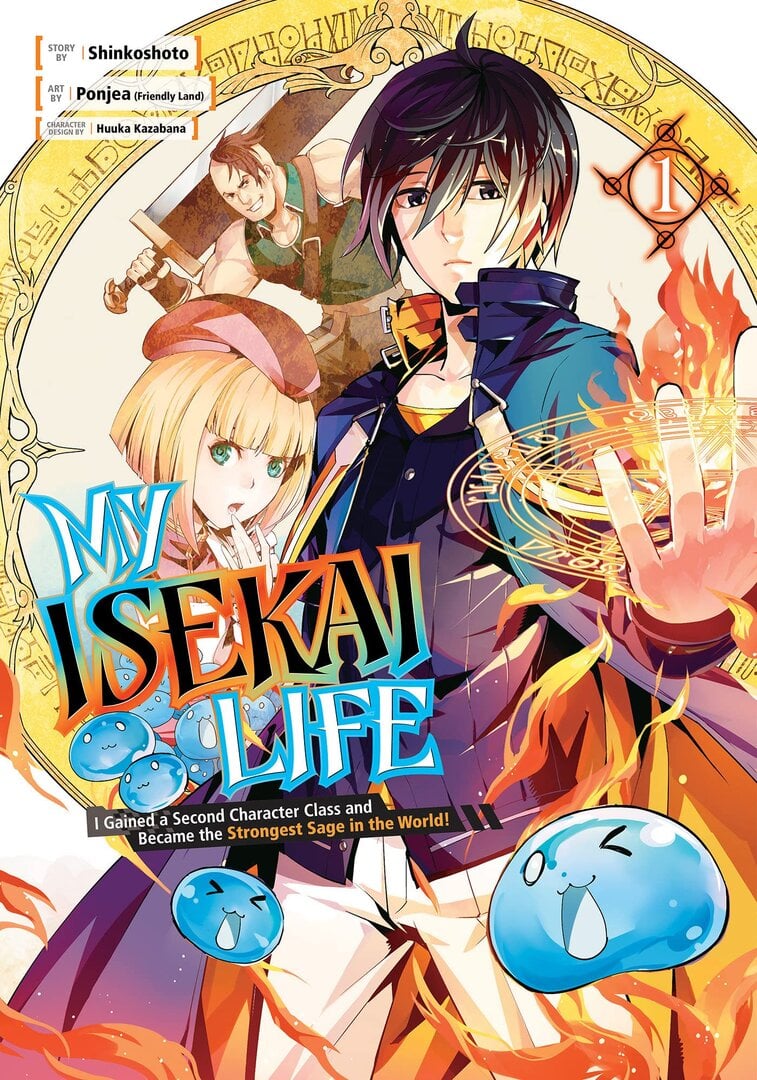 If you're looking for manga similar to Tensei Kenja no Isekai Life: Dai Ni no Shokugyou wo Ete, Sekai Saikyou ni Narimashita, you might like these titles.

Reasons you might like Shijou Saikyou no Mahou Kenshi, F-Rank Boukensha ni Tensei suru: Kensei to Matei, 2-tsu no Zense wo motta Otoko no Eiyuutan...

He gets reincarnated the 3rd time and acts cluless to his skills but is OP from the start and an advantage from the other is he isn't too naive.

Reiji Saeki living in the north eastern countryside town lost his life in an accident during summer vacation... But before he knew it, a mysterious ball of light exist in front of his eyes in a world of whiteness. Being a magician from a parallel world, that ball of light is looking for someone qualified to inherit the magic they had created to prevent it from being lost. Reiji who took on that suggestion lives in the parallel world, Elgin, with a new body and powerful magical power.

Campfire Cooking in Another World with My Absurd Skill: Sui no Daibouken

Around 40 Kenja no Isekai Seikatsu Nikki

Satoshi Osako was a player of the VRRPG 『Sword and Sorcery』 who defeated the Evil God and died for his troubles. When he awoke again he found himself in a strange unknown forest. Furthermore he possessed his avatar’s body and abilities. In other words, he was a cheat. Can a 40 year old DT, live peacefully in this world?

One day, 22-year-old Kanzaki Misuzu is suddenly transported to a strange world. Based on the pop-up screens she can access, it seems she's entered some kind of RPG as a magic user! Luckily, she can use the gaming skills she acquired as an otaku to make her way in this new world. But before she knows it, people start calling her "the Black Healer"!!

Ivy's daily life is anything but the peaceful, ordinary childhood enjoyed by other children. She possesses memories of a past life in another world, and at five years old, she learns to her parents' shame that she only has one low-level skill: taming extremely weak slimes. Unwanted by her family, she begins living in a nearby forest, learning to survive on her own with the help of her village's local fortune-teller. But when Ivy's "starless" existence is blamed for the old woman's misfortune a few years later, the child is forced to flee to avoid being killed. She journies from town to town collecting discarded items and selling what she can, until one day Ivy encounters a rare slime that she names Sora. What adventures await the young girl and her slimy new companion?