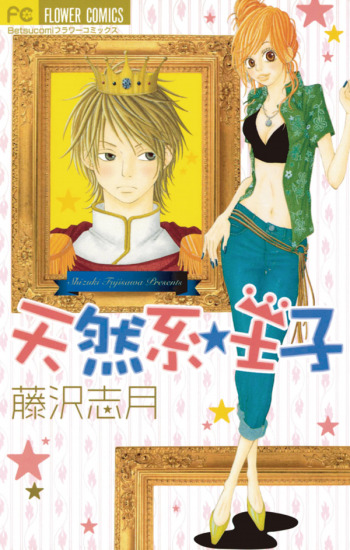 Only the rich, upper-class students get to attend the private school, Ootari Gakuen. The ordinary girl who transferred to this campus was Oogisaki Minori. Minori originally dreamed of having a happy school life, but she never thought that there would possibly be a reputative Student Enforcement Council full of cute guys, who through their strict rules, control the whole school! Not only that, but on Minori's first day of school, she was picked on by them!

Ran is terrible at love and is always getting rejected. Today’s rejection was witnessed by the most popular prince at school, Takashina-kun! Ran thought she came off as an idiot, but with Takashina supporting her efforts, Ran falls for him! That night Ran left for home late and in a seemingly empty classroom, she encountered a mysterious man in a military uniform. Did Ran discover the love training institute?

A new teacher enters the school as the girls basketball team coach and Miho can't help but look at him as other than a teacher. Fate however has a different idea.

Kokone already broke up with 3 of her boyfriends because she can't do ecchi stuff. When she gets dumped for the third time, the first year prince of her school, the famous Fujioka Eiji has taken it to himself to teach Kokone how to do ecchi! Sparks will fly when these two are together. A romantic confusion ensues!

Yuki Anno just turned into a high school student, she's very nervous and what's worse, she is in a different class from her best friend Jiu. But she resolves to make new friends. Upon meeting Jiu's cousin, Yuki, who has the same name as her, will she be able to open up and show people who she really is?

Is it possible to be so transfixed by a stranger? Asano Miwa and Harmana Ichiro found themselves crossing paths as random strangers but what brings Ichiro to suddenly grab Miwa and what is Ichiro's secret? Is it a fairy tale ending or misfortune that awaits them?

The story's about the blond-haired Haru and the dark-haired Ryotaro who are the best of friends. A girl suddenly steps into their life and caught their attention, and thus romance blossoms! The thing is that she is experienced in the field of love, but on the other hand, they have zero love experience?!

During sixth grade Yuki made a love confession to Shin, an extremely beautiful boy. She was extremely shocked when he started teasing her and called her fat and ugly!! Three years later, Yuki has become beautiful by putting in great effort everyday because she wanted to get back at Shin. She transformed into a very beautiful girl!She was accepted into the same high school as him to plot her revenge, but her childhood friend Migiwa who knows everything about Yuki's past is attending the same high school!?