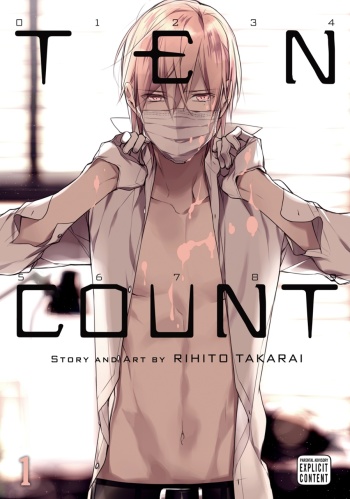 *As of chapter 31, as spoiler-free as possible* I don't read much manga (honestly it's just too darn expensive), I was scrolling through some manga online on a whim and I came across Ten Count. Shamelessly, I was entranced by the bishie on the cover. :D But what I got is a really heartwarming and pretty deep look at the relationship between two guys, one with Mysophobia, and the other of whom is a psychiatrist. Now, to begin; the story in itself is an interesting one. Mental illnesses are very rarely explored in anime (and if they are, they become a plot device or the source of comedy), and to my knowledge, manga (but don't quote me on that, I'm mainly referring to my experience of anime here as my experience of manga is not much) so I was really happy to see it represented here, and in such a realistic way - Shirotani doesn't just get help and become cured after magically managing to complete the tasks Kurose sets him; instead, he suffers from realistic setbacks, crises of confidence and there is a kind of dance between his fears, and his contrary feelings of wanting to be touched by Kurose. As the manga goes on, their relationship deepens and strengthens, with Shirotani becoming more conflicted about the interaction between his mysophobia and his feelings for Kurose. This comes to a head, and the climax of this particular part is very emotional. I almost shed a tear myself. *minor plot spoilers ahead, but we all know there is sexy times, don't lie* Because I haven't read or seen much yaoi/BL stuff before, I wasn't really sure what to expect. I know every form of relationship has its smut around and its fetishist stuff, but to be honest, I really was surprised at how much this manga developed the story and relationship, not just jumping straight into "well they met and talked and then had sex". Which makes it very...satisfying, I guess? when they do get down and dirty. We've seen these two guys dance around their feelings for one another, so it feels meaningful both to the characters, and to the reader. *end of spoilery bit* So let me just fangirl about the art style a bit please. It's beautiful, and honestly, my favourite manga art style so far (bear in mind my knowledge of manga art styles is fairly, but not completely, limited). The coloured pages are a feat in themselves, giving more life to the characters, but the normal monochrome pages are beautiful too, as the drawings are just top-notch. And those sex scenes, though. It's not classy, and it doesn't pull any punches, but it gives a fairly (I would imagine) realistic interpretation of the subject matter. Let me also stress that I adore the drawing of hands in this manga, poor Shirotani with his gloves and sore hands is believable (and the gloves are drawn very nicely) and in general they are drawn in a realistic way, with believable movement, and avoids the dreaded yaoi hand syndrome. Lastly, the characters. Shirotani is a believable mysophobia sufferer, who constantly dreads doing anything which may bring him into close contact with germs or perceived dirty things, and for once, it's not exploited in a comedic way. The author seems very sympathetic to the challenges of living with such a disorder, and the possible trauma that creates it. He is also freaking adorable. Kurose is hot, but Shirotani has catapulted himself to the top of my cinnamon roll list. Naturally, he is the uke, and the "m" of the relationship. Kurose is the seme, and the "s" of the relationship. He is a psychiatrist (or psychologist) who, seemingly for no reason, decides to take on Shirotani, and help him recover. We do learn later why he is drawn to those with the condition, but I won't spoil it here. While he can seem pushy at times, as you see Shirotani's thoughts, you begin to realise that really, he kind of knows what's up, which is definitely proven later on. So, overall, a very interesting and entertaining look at two "different" individuals, and their developing relationship. The sex adds to the story (and let's face it, some people will pick it up just for the sex, and probably drop it when it doesn't happen for a whole volume) but doesn't distract the reader from it, either. I will just put a warning here that the sex is very explicit and not classy in any way, but it's also not censored. For those who are sensitive about this kind of thing. But I can definitely recommend this manga based on the story and the dang adorable relationship and great characters with lots of depth and complicated feelings. My only bugbear about it is that there's not many tender moments (kissing, cuddling, snuggling), but there is a lot of tender moments when they are talking to each other (in what they say). Come for the sex, stay for the story. :D (Alternatively, come for the story and stay because it's so good).

10/10! To be honest, I've been ignoring this manga for months and I regret that now. I actually read this because I read somewhere that it's going to have an anime and I thought, "Ten Count? Anime adaptation? Is it really that good?", and I didn't regret it. The manga is too darn good! I was soooo hooked that I finished it in less than 15 hours! I felt at bliss after reading this manga. I'm sure everyone who read this was not disappointed. I'm disappointed in myself though. I mean, why didn't I read this sooner!? I will wait for the anime and I hope it's not disappointing. Next stop, Dakaretai Otoko 1-I Odosarete Imasu(anime and manga), Attack on Titan and One Piece! P.S. I will miss Shirotani and Kurose. P.P.S. Should I try drawing them? I shall! 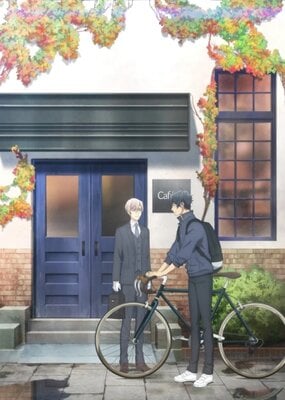 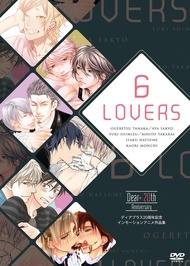