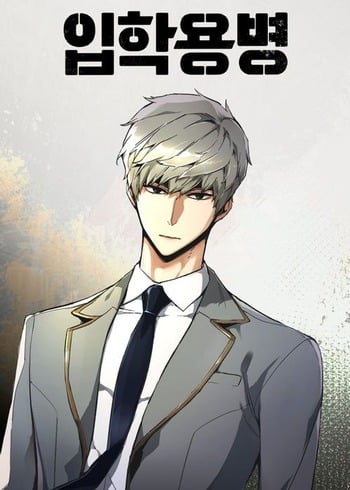 Pretty good the main character reactions are more human-like than in other manhua that are treating with "OP main character that deals with bullies".

It does not let us rest! Every damn chapters is so good! It's unique in a good way. I can't find a story just like. I can't rate it 10/10 due to lack of chapters, and we do not know where the story is going to lead us. But it is definitely a good read.

Mercenary Enrollment is that kind of relatively heartwarming story where an older brother protects his younger sister. The only problem with this is that the story doesn't set up this premise at all and essentially places a child soldier into a school and has him be adjusted to society and be a pretty nice guy.

This is essentially Fullmetal Panic but instead of Sosuke being a charming idiot, unfamiliar with the safe world of Tokyo, we get the Yu Ijin, the only paragon of light in the dark underbelly of Seoul's rich kids, comically abusive to people. Instead of a backdrop of the 90s and early 00s anxiety of a world freshly introduced to the idea of the "war on terror" and Sosuke who was forced to become a soldier to survive, we get an unexplained backstory (and no backdrop of an implied war in reality) of a child soldier who is perfectly adjusted to society, his only fault being his general wooden-ness (he does have more personality than most knovel heroes though, at least he's kinda fun).

This story is pure wish fulfillment. a self-insert power fantasy where you get to save your cute little sister and violently dunk on assholes in a school setting. Where the world is comically evil because of individuals and the system of protecting these rich people is never examined or attempted to be dismantled.

Perhaps this will become better later on but right now it simply lacks any charm outside of a tried and true formula of dunking on caricature villains who are dicks because they're dicks.

Worth a read if you wanna read something comfortable. At least there's some lighthearted and fun school moments between the violence of beating up bullies because they had it coming. Also perhaps, if you want to have the power fantasy of protecting a defenseless person.

I would recommend reading Lone Wolf and Cub if you're looking for the power fantasy of protecting a defenseless person as the backdrop of a Japanese Samurai story/Western is much more suitable for the unjust world theme (especially since this story isn't particularly interested in examining class and wealth in South Korea) and Fullmetal Panic if you want the fun school interactions though this story be a better option if you can't push through the camp of early 00s manga in Fullmetal Panic.

I really like how the main character goes into the school without much of a personality. It leaves a lot of room for character development. I can only hope the author knows where he's going with this or is going to turn into God of Blackfield(which is 95%talking at this point, and every 5 chapters there's some action). The action is pretty good, but please, if the main character doesn't start to develop soon it's gonna get boring