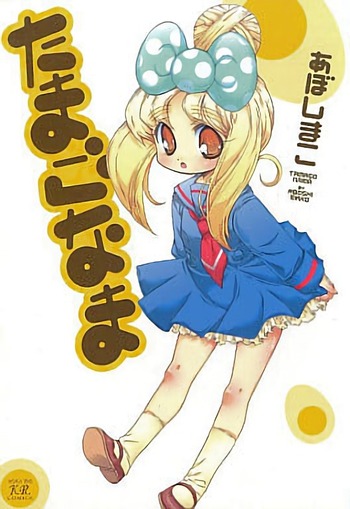 The four-panel manga centers on a young woman named Hanako Fukuoka, who at a height of 174 centimeters (about 5'9") and weight of 84 kilograms (about 185 pounds), has a body fat percentage of 35%.

About the funny moments of Hiroshi and his girlfriend's little sister Pon.

Lured by high salary, Mieko puts herself forward for a mysterious "little sister" job. Mieko's parents ran away at night when Mieko was in elementary school. She has lived with relatives ever since, but money usually runs out. However, Mieko is also worried about being left behind by her friends and the latest trends. This questionable "little sister" job becomes Mieko's lifeline.

Tanzawa Haruka began working at a chemical lab as one of the office staff. She's beginning to become used to the work there, but she has a difficult time getting used to her rather eccentric coworkers. She works with chemists that constantly contemplate things like: "Why are cucumbers solid and not liquid?", while she barely understands the fundamentals of chemistry. Everyday at work, she learns some tidbit of scientific trivia that her coworkers consider common sense. Join her daily life as a new member of this lively group!