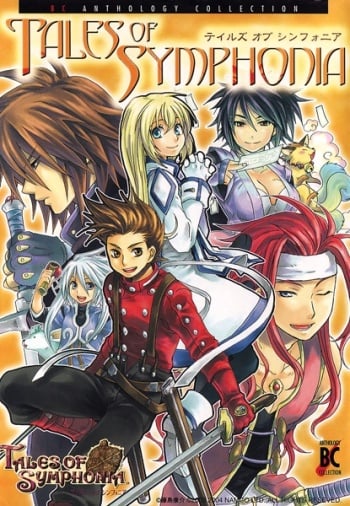 If you're looking for manga similar to Tales of Symphonia BC Anthology Collection, you might like these titles.

Some of the world's best manga creators join together to bring the world of Warcraft to life as never before in this title. Between these covers lie tales of adventure, treachery, humor and bravery. Told from both Alliance and Horde point of view, these stories have entertained the likes of travelers, soldiers and thieves. They have endured the trials of time and have earned the title of legend.

A collection of short stories based on the Nintendo 3DS game.

Tales of the Tempest Comic Anthology

Once, an isolated island continent was plunged into war. The people who wished to end the warring revived a powerful weapon called the "Admonisher" and threatened the participants of the war with it. Thus all of the wars were ended by force. The people behind this called themselves the "Peace Maintenance Brigade." 20 years later the old men of the Brigade are no longer able to maintain the peace. Now war has once again broken out among the inhabitants of the continent. A mysterious famine has appeared, leaving the citizens to fight over what little fertile land is left, while the cities are constantly attacked by fierce amphibious monsters known as "Screapers".