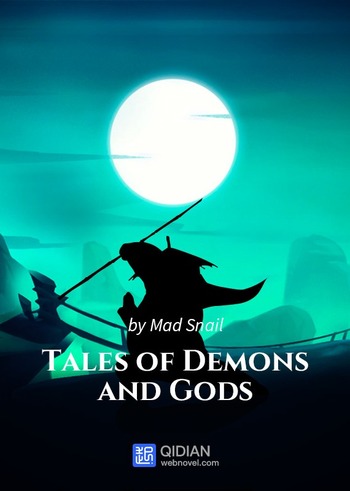 This is obviously a martial arts and fantasy genre if you guys are into that. In terms of its genre of Fantasy (which is basically magic), I've read dozens of light novels and fantasy books and it has some of the most interesting magic I've read, and the mystery of the magic is also intriguing, the magic system is very comprehensive and keeps me hooked, it has a vast array of different magical items I guess and more than I think I've ever read which makes it even more interesting. So in terms of the genre of fantasy purely based on magic, I'd highly recommend it as its magic system is extremely extensive and addicitve.

In terms of Martial arts, I haven't read many of these but the martial arts and magic work in tandem in this series, so if you're into that kind of stuff, go for it. There is also a bit of a romance but I doubt I'm qualified to give an accurate assement on whether it's good or not since I don't read much romance.

In terms of Characters. There are some great characters but I don't think it's the strong point of this series, at least so far, a lot of the characters seem to be similar in nature especially some of the adversaries that the protagonist has and it feels like some... or at least one of the same plot points is repeated with these characters at least a few times. Maybe if the whole thing was released I wouldn't notice it  because there would be more ploit points but it is a bit cliched. There are a lot of characters though which makes it even more interesting. To me the more characters there are the better, although I will say that there aren't really characters that really attract my attention other than the main protagonists which I like, there hasn't been a real villain or even secondary characters that really pique me to interest. Although the secondary characters are still pretty good. This is pretty subjective, but objectively I think they could have better villains. There is one that seems interesting that was just release within the past few chapters like 140-150 of a someone returning that might be intersting. But we'll see. Overall I wouldn't not read this because of my subjectivity of the villains

The setting is definitely the strongest point here. The world that is created makes me want to dive into it and can't wait in antipation for the protagonists to dive into it. Basically, it's a setting that gives an aura of mystery and is by far the best setting I've experienced in probably all of fantasy that I've read because of that mystery, it makes me extremely interested etc... This is probably one of the best fantastical worlds there is because of the deep mystery behind this world. Definitely the setting is the strongest point. A lot of fantasy or maybe even most fantasy settings stories have me bored but this one has me piqued a lot so that is definitely a strong point.

Although I'd say that there were some redundant plots I can tell that with the setting the plot will get stronger and stronger as it goes on. What is extremely notworthy and what you should take away as the strongest point is the setting and the fantastical realm that it takes place in, and the plots that are arising and will arise from this fantastical setting that makes it extremely interesting. The characters aren't the strongest point, especially the villains at least at this point in time, and there really isn't much diversity of traits among a lot of the characters at this point in time, especially the villains but a new one has arrived and it looks like it's getting interesting etc... The protagonists by the way are interesting, but I wouldn't say that it's the strongest point, definitely the strongest point is the setting and plot in tandem. But overall there are still protagonists that I love and some of the secondary characters that work with the main character are interesting. It's just that the villains so far are pretty weak and seem like you can't tell one apart form another etc..

Mad snail likes writing world building and it shows since he's good at it but eveything else is a dumpster fire.

His favoite thing to do is to start series then lie to reads about not being able to finsih/work on it due to made up reasons only for 4-6 months down the road for the readers to find out he had been working on another project and it has been publishing this whole time.

Stay away from this author. Go read Er'Gen's works instead.

This is one of the best light novel I had been read so far. The bad thing is that I need to wait every each month to see one TDG chapter. I need to reread a few last chapters to remind me what was happening because the update chapter taking too long.

My resolve is that I read other light novel such as Desolate Era, I Shall Seal The Heaven...

I know I usually admonish people for not keeping true to their scores but my art score isn't really a 0 considering a light novel has no art it's just a non score, not a 0. Seeing as this is my 1st light novel it's expected I would like it. the fact is the story is so damn good that I don't think any other light novel I'll ever read will be as good. I've already read the manga I have not watched the crapy 3-D anime but I guarantee no other light novel could top this the story is amazing. The characters are you know most basic but the main character is completely not in my opinion, I decided the girls are pretty cool they're not overly complicated but they are your typical shonen like girls they're their own people who are actually slightly stronger than the main character it's crazy. It after the 1st 250 or so chapters the shitty grin that I had on my face was just wide and even more and it was just so much faster paced that I can't wait for the next chapter to be translated. As of now, it is January 28th, 2019 473 chapters have been translated and 483 have been released. Again I don't really like doing reviews before the series is done but I was surprised that they were only 2 reviews and just like me these reviews have nothing but good things to say about the series it is absolutely astounding more people should read it. There's too much that happens for me to even begin to explain and doing a proper review the only thing I could say is to read it, read it like a million times.

The author of this is incredible, I'm somehow always infatuated when I read this novel. Even some of my other favorite novels like Reverend Insanity and Warlock in the Magus world make me bored after reading for a while, but this book makes me forget that I've already read 10 chapters and wonder why I skipped ahead a couple of chapters, however that may just be short term memory loss. Im never good at these type of things, but I hope you'll take my word on this.