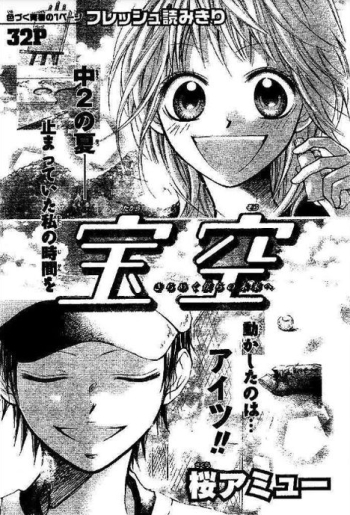 Koujirou moves to Tokyo from Japan's northernmost island of Hokkaido and insists on bringing his favorite horse, Hikarikin, with him. The alien king Rel arrives from planet Wedelun and gives him a belt that will allow him to transform into a Miracle Hero and to protect the world from alien menaces. He is more interested, however, in impressing the pretty Yuka, though his rival, Michinari, wants her for himself.

This is the samurai era in the late 17th century in Japan. There is a princess called Sugar Princess, who is a bright and cheerful girl. Sugar Princess is loved by not only her retainers in the castle, but also people in her whole town.Strange and amazing things happen around her. Although it is still the 17th century, people drive cars and use high technology. Sugar Princess has friends from overseas and knows an inventor who creates new devices. She even encounters a UFO! Sugar Princess has many misadventures and causes trouble in her town. The whole town and castle is full of surprise!Adding the latest technology and culture to a Japanese traditional society, the story of Sugar Princess creates a special dream-like world of joy.

The manga revolves around sixth grader, Matsumae Himeno and the mysterious creature Kaseifu-Ita-Mitaidesu ("Appears to have been a maid"). Kaseifu takes care of Himeno while her father is away from home, but the two always seem to get into trouble. Kaseifu is able to become a human for one minute at a time.