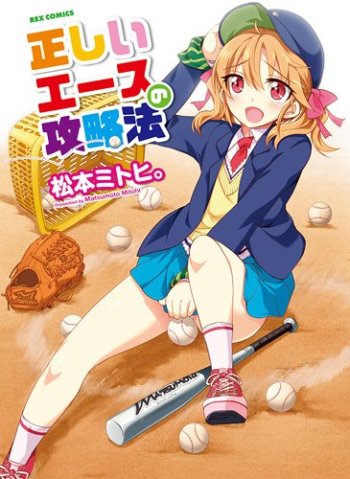 Imai, a member of a baseball team, has his eyes on Hikita, a younger member who works so hard despite how awkward he is. Whenever Hikita gets nervous, he seems to glare at people. Imai just finds him so cute. "I'm the only one who's noticed how sexy you are..." He tries to get close to Hikita, looking after him in the way a more experienced member should, when deep down, he just really wants to touch Hikita's naked body!

Sakuraba Kenji is an aspiring baseball player, however due to some circumstances he gave up on baseball, and moved to a new High School so that he is able to give up on it totally. On the day that he visit the new school he will be attending, he meets a girl, Mamiya Itsuka who mistakenly does something to him, causing him to faint. When he awakes, he realizes that the place he will be staying at is Itsuka's home!

An office drone finds relief from his job by attending the ballpark close to his daily commute. He asks a vendor girl for a beer, but for some reason, after the transaction she sticks around him...

Rino hates baseball!! And yet, one day, she becomes the manager of the baseball club?! At first, she hated it, but Hibiya, the pitcher who dragged her into all this, said that he'll take her to Koshien...?!

Bud Waterston is a decent looking guy in full hormonal bloom. He's heading for college, and imagines the sexual liberation he will face living in a dormitory full of other post-teens in full hormonal bloom. But like all best laid plans (no pun intended), nothing goes as Bud hopes or expects. His roommate turns out to be a closeted homosexual and all the good-looking girls in the dorm are interested in somebody else. When the girl of his dreams, who wants nothing to do with him, joins the school baseball team, it inspires Bud to join, too, in an effort to prove to her she's all wrong about him.

High school student Rin ends up posing as his twin sister to go on a date with a university student that may be attempting to blackmail him...

Let onto the team, and then quickly sent back to the second string players... An unlucky man. Is Sakagou's season about to open?!