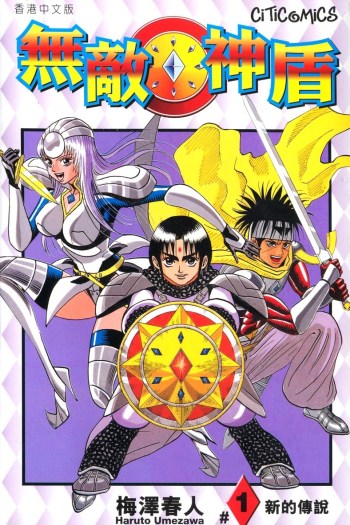 The power to cross over dimensions is one that is deeply coveted -- a lesson that childhood friends Sakura and Syaoran learn the hard way when an unknown enemy attacks an archaeological dig in their country. As a result, Sakura's memories are scattered to different dimensions, causing her to fall into a deep sleep. In order to save Sakura's life, she and Syaoran must journey to various worlds in search of her memories, with the help of fellow travelers, Fai and Kurogane. But finding Sakura's memories won't be easy, and the price for traveling through time and space is high...

Having only recovered a portion of Sakura’s feathers, Syaoran and Sakura, along with Fai, Kurogane, and Mokona, still have a long journey ahead of them. As they continue in their search for Sakura’s memories, they visit new worlds and return to previously-visited lands; but the dangers and mysteries grow with each step they take. Syaoran’s mysterious other self shows signs of awakening, the group must each overcome hurdles from their own past, and they continue to see familiar faces in each world they visit … but does the familiar face always belong to a different person, or are others traveling between the worlds just as they are? The group will need all their courage and resolve to continue on the path to their dreams.

An out of commission satellite picks up a lovelorn ballad on her radio antenna and descends to Earth to find the source of such sincere emotions. But on the way she is caught in the crossfire of a raging magical battle and is transformed into Satellite Girl, complete with Astro Boy-like rocket shoes and weapon-firing limbs. Meanwhile, the balladeer in question – a loser 20 something at a café open mic – meets the fate that befalls all broken-hearted lovers: he is turned into a farm animal. But love knows no bounds, and aided by the wise and powerful Merlin – a wizard who has been turned into a roll of toilet paper – our duo must evade the all-consuming incinerator monster, the wily pig witch, and other nefarious adversaries in an attempt to be together.

Childhood friends Tachibana Hinata and Jinguji Tsukasa were living the everyday life of office workers. Then, on the way home from a mixer, they were sent flying into another world by a mysterious being. Once there, Jinguji sees his best friend has been turned into a beautiful blonde-haired, blue-eyed girl...?! The adorableness of Tachibana’s female form completely flummoxes Tachibana. But these two are each others’ best friends. To keep their relationship from being destroyed, they must defeat the Demon Lord as quickly as possible and return to their original forms.