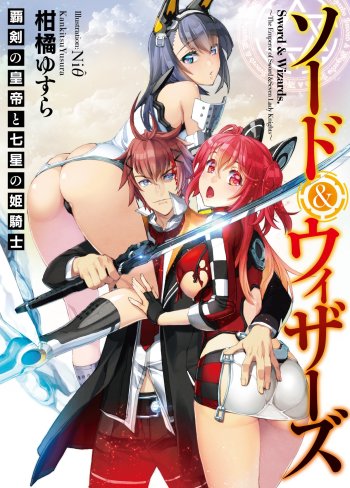 Shun Yanahara is a pretty normal first-year high school boy. His grades are not terrific, he's not very popular with girls, and he plays soccer with his school's club. He's often felt like someone was watching him, and, strangely enough, he's right. On a far away Earth-like planet known as O-pa, there is a civilization made entirely of women. One of them, a scientist named Lib Myura, has fallen in love with Shun. She and her two colleagues have created an illegal male human robot, called a synchroid, which they intend to fill with Shun's consciousness. However, things never go exactly as planned...

Shouji, who was born in a poor family, had the qualities of a "yuusha." However, he was passing his days as a sloth, drowning himself in alcohol and potions. While relying on only violence to make a living, he encountered a girl who is a talented alchemist, but also mired in debt. Potions created by this little girl were mind-blowing as it had the highest purity he had ever seen. He was through with fame and honor. He no longer had the desire to only make money to live as his purpose. He felt it wouldn't be so bad to smuggle those potions in the underground world of crime and drugs. Brewing this restorative item that gets people high, in search of dirty money and comrades for his gang, hanging onto the potions that let him loose, the mad "yuusha" challenged the demons who are hidden in this demi-world.