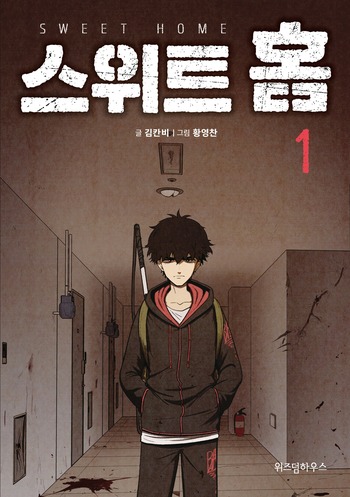 So this Manga is about the 18 Year-old boy Cha Hyeunsu, whose parents tragically died in a car accident. He did not bother about that too much and with a budget of 2000 Dollars he continues his life. After moving in a new apartment, he realized with his way of living the money won't last up to two months, so he sets himself a date for commiting suicide. Before he could reach that day though a sudden monster apocalypse took place. Isolated from the world again he is trying to survive until the finale of a TV show he loves comes out. In the ongoing chapters he meets new people living in the same building he lives in. On his way through the days he discovers new sides of him and characteristics he might not like. Together he and his new found companions try to survive in this new and scary world.

In my opinion the Manga has a cool Art-Style and a well thought story. Some forshadowing in the first chapters might be confusing, but after further reading you get into it more. Even though I like this story and it is definitely a worth read, the story and what will happens next is sometimes pretty predictable. On the other hand there are moments where you get completely thrown off the road. Another thing is the characters development and their design as well. Some characters are mainly viewed, while other important characters just stand at the sideline. Of some characters you get to know their feelings and you learn about their past, while others are just flatly brought into the story to give it some fresh air, which is pretty sad, because I think this Manga would be a lot better if some of the characters wouldn't be that left out so much.

So overall this Manga is definetly a worth read, although it's not for everyone. So you should definitely take a look.