Survival Story of a Sword King in a Fantasy World - Recommendations 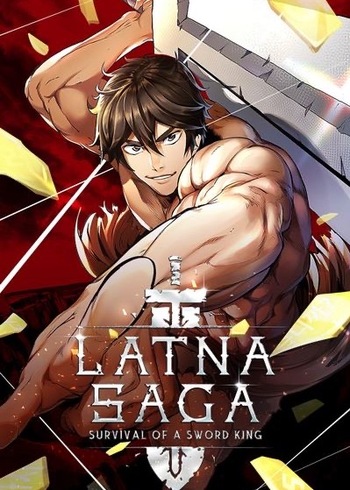 If you're looking for manga similar to Survival Story of a Sword King in a Fantasy World, you might like these titles.

It's a power fantasy like Solo leveling but goofier with great art but not quite as good as solo leveling's art. Also has a fun few characters rather than just 1 protaganist that really matters.

This is a world of magic where magic is used for everything. But deep in the forest exists a young man who spends his time training and bulking up. He can't use magic, but he enjoys a peaceful life with his father. But one day, his life is put in danger! Will his muscular body protect him from the magic users who are out to get him? Powerfully trained muscles crush magic as this abnormal magical fantasy begins!

Both of these series have a friendly buff OP main character who isn't versed in magic, in magic-centered fantasy worlds. They're also both quite funny.

Sudden death after all-nighters and ridiculous amounts of work playing a game?! What greeted me after opening my eyes was the reality that I was in the world of <Paradiso>. And on top of that, I was stuck in the body of a perfectly vulgar, obese, extra of a lord. The worst of the worst. I reincarnated in Jared’s body! Dammit! All those protagonists in books or movies are born to stupidly well-off families, being raised with wealth and riches! “I’ll get to the top as soon as I can!” I’ll succeed and grow! Whether I use bugs or hacks, it’s all okay! The start of a challenging world of intense dieting and bug abuse begins now!

Won-Jun Jung, a Korean who became the owner of a poor fief. In an attempt to make it prosper, he explores a dungeon.