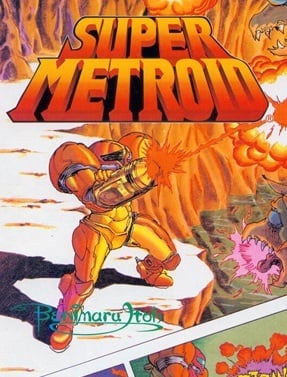 This prequel to Mass Effect 3 follows the early career of Alliance Marine, James Vega. Vega leads an elite Special Forces squad into battle against a mysterious alien threat known as The Collectors. Stationed at a colony in a remote star system, Vega and his soldiers must protect the civilians from a ruthless invasion determined to capture the population for unknown purposes.

A one-shot cash-in on a computer game in which the heroic Yu leads a team of interstellar crime-fighters against evil space pirates, in this case, the female buccaneer known as the Galactic Panther.

In a future world dominated by corporations, Iria is one of the best in the bounty-hunting business. Her latest challenge is the lifeform codenamed Zeiram, an invincible killing machine built to be the ultimate weapon -- but this time, cash is not the only motivation. Iria must uncover the secret behind Zeiram and stop it at all costs in this action-packed OVA series.

Daphne in the Brilliant Blue

Maia Mizuki has just had all of her hopes and dreams shattered. Not only did she fail her entrance exam to the Ocean Agency, a prestigious marine law enforcement agency, but she’s also been left penniless, homeless, and alone. She soon finds herself caught in a gun fight between two scantily clad women and a pair of bank robbers. The women are from Nereids, a private detective agency that will do anything if the price is right. One thing leads to another and Maia takes a job working for Nereids, where she"ll receive room and board. Her jobs range from collecting rent to saving pets to capturing criminals. Now she just has to balance her life of "fighting crime" with her dream of one day being a part of the Ocean agency!

Space Dandy is a dandy in space! This dreamy adventurer with a to-die-for pompadour travels across the galaxy in search of aliens no one has ever laid eyes on. Each new species he discovers earns him a hefty reward, but this dandy has to be quick on his feet because it’s first come—first served!

Space Dandy is a dandy guy in space! This dreamy adventurer with a to-die-for pompadour travels across the galaxy in search of aliens no one has ever laid eyes on. Each new species he discovers earns him a hefty reward, but this dandy has to be quick on his feet because it's first come first served! Accompanied by his sidekicks, a rundown robot named QT and Meow the cat-looking space alien, Dandy bravely explores unknown worlds inhabited by a variety aliens. Join the best dressed alien hunter in all of space and time as he embarks on an adventure that ends at the edge of the universe!