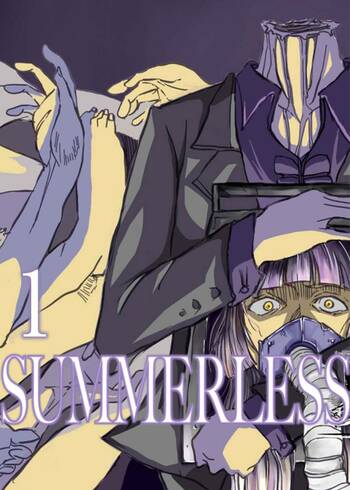 In the future, humanity has destroyed the world’s plant and animal life out of greed and consumption. Meat is biologically created from animal cells to eat, and little remains of what used to be the environment. However, when a mutated, engineered chicken breast morphs into a sentient, vengeful being and human children begin to be born with green hair and spots, it becomes clear that mankind’s fate is anything but secure…

Two of the most acclaimed anime directors of all time, Ghost in the Shell’s Mamoru Oshii and Perfect Blue’s Satoshi Kon, came together to create a manga: Seraphim: 266613336 Wings. Seraphim is the story of a future earth devastated by the “Angel Plague,” a pandemic that induces apocalyptic visions in the afflicted, even as it ossifies their bodies into dead, seraphic forms.

One of the first published works by famed Berserk mangaka, Miura Kentaro. It follows the heroic lone wolf, Noa, in a desert-punk post-apocalypse.

Goodbye Eden is a story of youth set in a post-apocalyptic Japan. While downing the "medicine," the government provided them with the purpose of dimming their fear, middle school students are armed with weapons to fight back against the "enemies," that assail them. Among them is a girl named Chikori, a normal girl who wishes to fall in love. However, with the world as it is, normality is difficult to uphold.

One hundred million years in the future, the Empire of Olympus uses colossal mutant beasts to crush its adversaries. Only the gladiator Delos, the mystic Prome, and the titan Gohra can hope to prevent genocide!