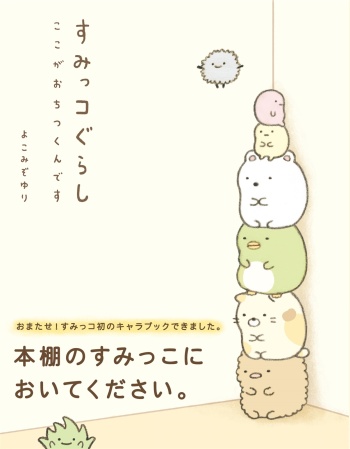 If you're looking for manga similar to Sumikko Gurashi: Koko ga Ochitsuku n desu, you might like these titles.

Tarepanda Goes on an Adventure

Tarepanda lives a happy and carefree life, but sometimes he needs to get out and go on a grand adventure. Rolling his way around the streets and down stairwells, Tarepanda finds himself in a variety of fun and interesting situations. Whether it's breaking bread with construction workers, lounging on a park bench, riding the train or becoming the subject of a painting, Tarepanda always manages to have a good time!