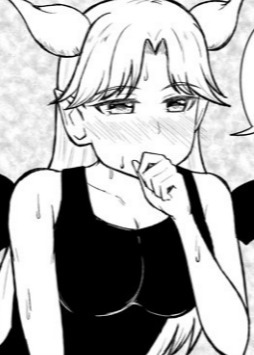 Meet Lily. A succubus, she is tasked with finding men every day, taking control of their dreams to steal their vitality. In return, Lily will fulfill any desires they have, no matter how perverted they are. And as the succubi population rate decreases, Lily finds herself more and more overworked in order to reach her rising quota. One day, she enters the domicile of an exhausted corporate wage slave. Lily promises to make the man's wildest dreams come true, but what he asks for shocks her.

A man who has such presence that all succubi are scared of him and an outcast succubus who can't service any man even though she is related to the succubus queen start living together.

Konoha is a priestess in training and Lulumae is a demon, which means they are bitter enemies! So why did Lulumae kiss Konoha, and why has this demon girl become a student at Konoha’s school? Is Lulumae simply trying to tease and provoke her, or is she just looking for a friend?

The daily story of some succubi.

In a prosperous city, there are many races- which are beyond the understanding of humans- hidden in society. The strength and the prosperity of these races not only depends on their own growth, but also on human belief and worship of them. However, as more people in modern society believe less in them, the more their numbers and strength diminish. Although there are still some powerful and ancient beings, they can only try their best to hide in corners of the world or pretend to be human. On the other hand, there are other races with dark purposes who call themselves the "Devil Hunter Association". In order not to be discovered by the demon hunters and not targeted by humans, various races worked hard to integrate into human society.

Saki-chan is a beautiful young woman and just a little naive. She may seem harmless as she wanders the streets, but beware–she’s a brand-new succubus who thrives on the lust of men! She’s just…not very good at it yet. When she finds herself with an opportunity to move in with a 30-something man who’s never slept with a woman before, she takes it, just like she’ll take him! Er, eventually.

Yume is a failing succubus that isn't good at dirty stuff. One day, she fails her exam at the succubus school, and is sent to the human world for training. After her parents suggest she possess the popular romance novelist Eigo Sawanoi, Yume rushes to him. Coincidentally, his new housekeeper was supposed to start on the same day, so Eigo mistakes Yume as the housekeeper. Though he's hesitant at first, he passionately teaches Yume dirty things and...?

A story set in a world where non-humans live among normal humans, focusing on a titan named Kara and a vampire named Vivi.

A succubus is a demon who feeds on men's life energy. Richille, a fallen succubus who lacks sensuality and magical powers is sent to the human world to learn about seduction. There she meets Yui, a human who hates demons. Richille who wants Yui decides to make him the target of her seduction...!? But in the midst of that, something unprecedented happens...!?