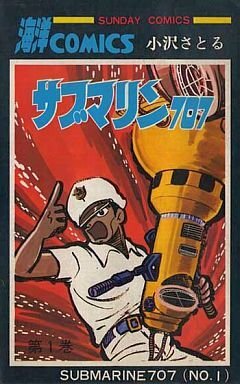 It's been seventeen long years since the Fleet of Fog―a mysterious, unmanned fleet of powerful vessels that appeared out of nowhere―took control of the oceans, barring humanity from traveling between continents or islands. During those years, people the world over have dreamed of a revolt that would let them take back the seas, but there's been no hope―until now. A weapon powerful enough to damage the Fog's vessels has finally been invented, and there's just one way of getting the critical information and prototypes from Japan to America, where the weapon can produced! The submarine I-401, with its humanoid avatar―a "mental model" named Iona, who's taken the shape of a young girl―was once part of the Fleet of Fog, but has chosen to side with humanity. Now captained by Chihaya Gunzo and his crew, the I-401 is the only ship under human control that can move freely through the seas. But she answers only to her captain, and he answers to no one.

Nagisa has just recently transformed from being a human to a mermaid and is easing into the transition of living in the ocean. But when she crashes into a research submarine, she loses her memory and is brought on board the Sogei. It turns out that her love interest from when she was still human, Osanai, is on board and he tries to keep his past with Nagisa a secret from everyone else. Her mermaid friend, Tsunami, goes on a rescue mission to find Nagisa and warn her that since she just transformed into a mermaid, if she doesn’t speak for an hour, she turns back into a human and her life expectancy will dramatically drop!

A secret society of scientists seek to create advanced humanoid lifeforms through the hybrid of man and beast for their almighty Lord Yeshu and the new world that is nigh.When young Shin'ichi Kuruma is pulled into this inhuman pursuit and loses everything, his path of bloody vengence leads him into the depths of a conspiracy greater than he could ever imagine.

Takeshi and Kentaro are two friends who have been together since they were infants. They were born in the same hospital on the same day, have shared every class in school and even vie over the same girl. However, soon the two friends become closer than they’d like when they discover they are the Chosen Ones that will defeat the powers of an evil being and his minions who are currently wreaking havoc on mankind. Together, the two merge and become a super fighter known as Barom One, capable of taking down monsters with ease. Can Takeshi and Kentaro band together to save the world?

During the cold war, the Japan Maritime Self-Defense Force jointly developed a nuclear submarine with the United States Navy. On its maiden voyage, the captain of the submarine declares the submarine to be an independent state, "Yamato."

Life on Mars is hard for those who live here. As the economy worsens, work becomes scarce and food becomes expensive and highly prized. Gram and his friends try to do the best they can but, he finds himself on the run with the most notorious pirates on Mars. The only problem is he soon starts to enjoy the adventure.