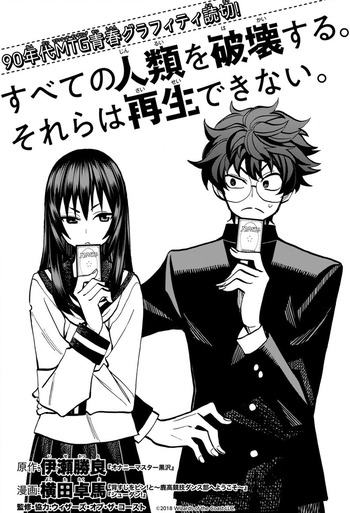 The way this story was laid out works alright for a oneshot, but there are a few things I would change if the author wants to expand it into a longer series (I say this fully knowing that the author already has expanded this into a longer series). First of all, I think I would include decklists so that readers can recreate the decks and see if the strategies being promoted are statistically viable or not. Because MTG isn't so much about drawing the right cards at the right time; it's more about whether you're able to consistently draw the cards you need over the course of multiple games. It's about statistics. Secondly, I think I would include some discussions of the metagame environment within their community as well as the deck-building process itself. It might also be worth showing off some formats beyond Standard Constructed, to show how the deck-building choices are vastly different if you're playing Draft or Sealed. I think I'd also have Hajime go beyond monoblack decks (and at least have fem splash in a second color), though perhaps the author is wanting that to be a unique constraint for the character in order to force more difficult choices.

Anyway, this oneshot is primarily a nostalgia machine. Beyond MTG expansions and early trading card culture and stuff, there are also several other references to games and pop culture things that were going on at the time. The plot itself is pretty whatever. The characters aren't engaging enough that I would want to see how their stories unfold. The artwork is generic and unimpressive. The hints at future romance aren't heartwarming or really emotionally moving at all. The main reason to read this is to have that moment of "I recognize that" when they talk about certain cards or strategies or whatever.