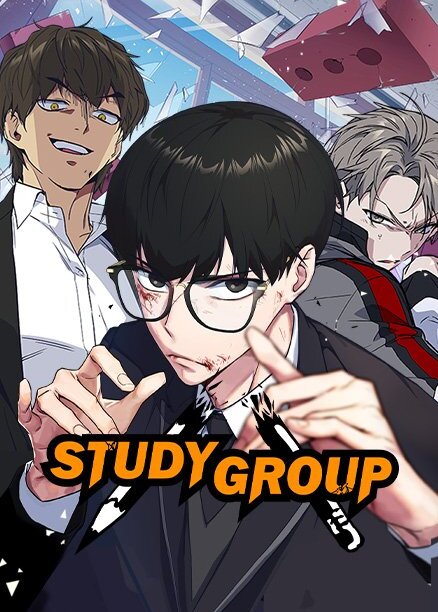 Once the bullies target you, it’s game over. The school is run by tyrants whose favorite hobby is tormenting the weakest kids in class. But then Gray arrived. This mysterious new student threatens to dismantle the established order. He may be small in stature, but his calculative and brutal fighting leaves unsuspecting opponents lying on the floor begging for mercy. Now the school's toughest bullies have to scramble to take down this new and unusual hero.

Pretty similar. Weak looking guy is stronger than he looks. Both have to keep beating people up to prove their strengths.

They both focus on big groups of deliquents.

Both have a mc who may look weak but isn't>

Both are focused on studying even though they go to a school populated with gangsters.

Both end up making a strong group of friends.

Both MCs are just trying to get along in life and do good in school; the only problems is that they end up in violent schools. Quickly, you find out that they aren't really that weak and can beat everyone up.

It's uncanny how similar the two are, both have somewhat shitty adults

both makes it seems like kids run the world

shitty students who goes to school just to bully

BOth MC are way too similar

At the age of eight, Ijin Yu lost his parents in a plane crash and became stranded in a foreign land, forced to become a child mercenary in order to stay alive. He returns home ten years later to be reunited with his family in Korea, where food and shelter are plenty and everything seems peaceful. But Ijin will soon learn that life as a teenager is a whole other feat of survival. With only one year of high school left, Ijin must master new tactics to maneuver his way around the schoolhouse battleground. Can he survive a year of high school? Or rather, will the school be able to survive him?

They are way too smiliar. Stories that have gangs and overpowered protagonist who have other things to do than to beat the shit out of people.

Both have a kinda weak/normal looking guy who is actually an OP fighting pro with a godly body. Sadly, in SG, we can only witness Gamin's six pack about three times during the 118 ch. (I can't believe I wrote this :))

Kyou Manabizaki is a complete swot, but despite being one of the top ten students in the nation, the bespectacled teen has a fierce temper and will assault anyone who attempts to disturb his study! With ambitions of entering Toudai and becoming a successful inventor, Kyou has recently transferred to Skeleton High believing it will help him advance, except there’s one problem: his new school isn’t actually famed for its high university advancement rate, but is in truth infamous for its gangs of delinquent thugs. Following an encounter with a faction known as “The Bats” rumour begins to spread that this new swot is freakishly strong, and soon every bully in school is interested in what the bookworm can do. Now, along with his new friends Touji and Nene, Kyou is intent on destroying every delinquent around so that maybe he can finally get to some quiet, quality study time.

Both have similar concept but it's not the same. :)

Stew Shin, the only guy at his school, started off getting bullied by girls but slowly starts to fight his way to the top. A story of why you should never judge a book by its cover!

Both MCs are bullied by other classmates. Even if they choose to take the beating and stay out of the spotlight, the even up revealing their fighting talent helping someone.

Scrawny high school student Hobin Yoo is probably the last guy you’d expect to star in a NewTube channel that revolves around fighting. But after following some advice from a mysterious NewTube channel, Hobin is soon knocking out guys stronger than him and raking in more money than he could have ever dreamed of. Can Hobin keep this up, or will he eventually meet his match?

Viral Hit starts with the MC being weak and determining to become strong by learned a series of essential mixed martial arts techniques from a random and mysterious YT channel he found.

Study Group has a strong MC who is academically weak and seeks to creat a study group to succeed in high school. This manhwa is filled with a lot of martial art action as well.

Both r about guys who look puny but r strong.

The stories r similar yet distinct in many ways

Study group is about a guy how wants to be good at everything. This time he has chosen studying. While finding people for his study group he fights Bullys.

Lookism is about an ugly guy who used to get bullied gets another handsome body he can switch to. Then he fights Bullys. And then he makes friend ( ps vasco is the best i love him)

Nine being lookism and six being study group.

Hwajin Na’s teaching techniques are pretty violent for someone who works in the Ministry of Education. That being said, when punishments don't seem to work on even the worst of school bullies, there is no better man for the job. Sometimes you can’t get a good education until those bullies are taught a lesson.

it has an overpowered and badass mc, they both discuss the flaws in our education system. While Get Schooled has multiple cases the 2 lead mc's take on, Study Group is a single story focused around the mc and his goal. In both webtoons there are lots of characters, good character development. Get schooled does discuss difficult issues and portray real life situations many face. The webtoon has a lot of triggers for those who have experienced issues that reflect in your home, schooling, peers, etc. so please take some caution before reading. The art styles are similar and are very good. I do highly recommend both manhwas.

personally I think study group is better, but the similarities can't be ignored. Both about a strong guy in a school of delinquents, and they want to study. Study group is more about the studying though, and the fight scenes are better imo.

Yamaguchi Kumiko is next in line to be the boss of the Kuroda Ikka yakuza clan due to her parents' death. However, fresh out of college, Kumiko decides to pursue her lifelong dream of being a teacher. Now hired as a mathematics teacher at an all-boys school, Kumiko must hide her true identity. She's assigned to class 3D, inhabited by the worst of the worst delinquents. Popularly called "Yankumi" by her students, she tries her best to gain the respect of and offer help to these students who'd like nothing more to make her life a living hell.

Study Group is basically a reverse Gokusen story. A diligent teacher tries to change the thugs/gangsters/deliquents and the scool itself.

- In Gokusen, the teacher is a Yakuza, and a OP character, while in SG, the OP-"i-want-to-help-change-this-school" is one of the students and the a lot of the kids are connected (almost)directly to the maffia.

- In SG, there's more violence and murder is involved too.

- SG is a full, linear story and Gokusen is more episodic.

The fight scenes' art is (in my opinion) quite similar and the MCs'kinda nonchalant attitude is is similar too during fights. (That "I know that I'm stronger so I don't really care about this fight" smug face😌)