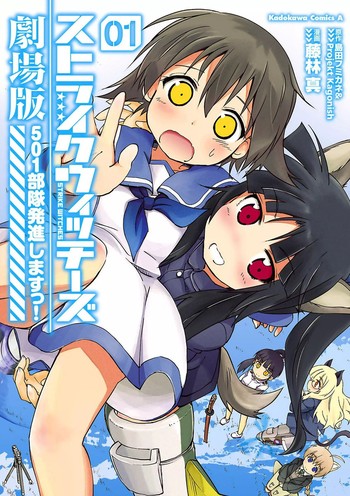 If you're looking for manga similar to Strike Witches Gekijouban: 501 Butai Hasshinshimasu!, you might like these titles.

Mobile Suite Gundam 0079 is retelling of the story remembered so well in Japan-of a war occuring on Earth's not-so-far-off future, when humanity's millions living in orditing space colonies begin to push for their independence from the government of Earth, and new weapon called a "Mobile suit" becomes the deciding factor in battle.

Eight years after the events of Macross F, a mysterious phenomenon known as the Var Syndrome is gradually consuming the galaxy. It's up to a new generation of highly capable Valkyrie pilots to deal with this universal menace. And if they didn't have enough on their plate already, the Aerial Knights Valkyrie fighter team from the Kingdom of Wind have come to challenge the Delta Squadron.

War has ravaged the Astragius Galaxy for 100 years. Countless lives and planets have been lost. Now, as the war nears its end, Armored Trooper pilot Chirico Cuvie prepares for the final battle as he joins the elite and deadly Red Shoulder Battalion. The question is whether or not he can survive training that kills ordinary men...but as everyone is about to find out, Chirico is far from ordinary!