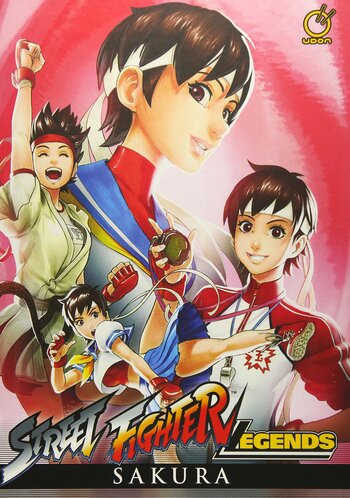 Thassarian is a renegade death knight, one of the few of his kind to be free of the Lich King's control. Although Thassarian has turned his incredible powers against his former master, he remains feared and despised by most of his Alliance allies. Countless players have aided Thassarian in game as he battles against the Lich King's agents in Northrend, but few fans know the details of his former life. Death Knight is Thassarian's story, a tale that reveals the origins, motivations, and darkest secrets of Warcraft's newest incarnation of death knights.

In Warcraft: The Sunwell Trilogy, a good-natured but brash blue dragon, Tyrygosa, and the human Jorad Mace, a paladin struggling to reconnect with the Light, emerged victorious in the Ghostlands after ending the undead Scourge's quest to obtain the Sunwell's potent energies. Yet as arduous as that task was, Tyri and Jorad's journey is far from over. Both are drawn into the Dark Portal and transported to the shattered world of Outland, where they encounter a group of enigmatic creatures unlike any they have ever seen: the incorporeal nether dragons. Observing everything is the ruthless Ragnok Bloodreaver, one of the original death knights created prior to the Second War. This undead terror has dark plans for the nether dragons, and if his agenda comes to pass, all of Outland, including Tyri and Jorad, will suffer.

In the era after the Battle of Mount Hyjal, the world attempts to recollect itself from the onslaught left in the wake of the Burning Legion. The world thought it finally would be at peace. However, when an immense power emanates throughout the land all eyes turn in search of its source. Kalecgyos, a member of a decimate race of blue dragons quests towards the elven kingdom of Quel'Thalas in search of answers but he will have to deal with a vengeful dwarf... the army of the Undead Scourge... and the unveil the mystery behind a peasant girl with an enchanting mystery before he can finally obtain what he seeks.

Aodhan comes from a lineage that includes some of Azeroth's most heroic paladins and warriors, but the whip-smart young man is not built for physical combat. He's thin, bookish, and he desperately wants to be a mage. After his controlling father forbids him to practice magic, Aodhan flees to study the arcane arts in the city of Dalaran.Yet Aodhan's dream of becoming a powerful spellcaster is violently interrupted when a host of blue dragons lays siege to Dalaran. Although far from home, the young mage finds help from a relative who has been close by all along: Crevan, his magic-wielding uncle. The cunning older mage, after escaping from Dalaran's prison, takes the impressionable Aodhan under his wing, and together they work to prevent the city's destruction. But there is a darker secret behind Dalaran's dire situation, and Aodhan might be the only one who can end the schemes that threaten the city, becoming the hero his family never thought he could be.

Earthquakes! Fires! Floods! Tornados! The elements of Azeroth are out of control, unleashing devastating natural disasters that threaten to tear Azeroth asunder. Muln Earthfury, the shaman leader of the secretive Earthen Ring, attempts to pacify the elements - but his pleas fall on deaf ears. The elements are unresponsive, full of confusion and chaos. The Earthen Ring is riddled with doubt. Have the shamans lost their ability to corral and guide the elements?

Some of the world's best manga creators join together to bring the world of Warcraft to life as never before in this title. Between these covers lie tales of adventure, treachery, humor and bravery. Told from both Alliance and Horde point of view, these stories have entertained the likes of travelers, soldiers and thieves. They have endured the trials of time and have earned the title of legend.

A nameless man, bandaged from head to toe, stands alone in a field of fresh corpses and carnage. Blood drips from his sword, dying the virgin snow red. The battle may be over for now, but his one-man war has just begun. Mystery and intrigue surround this warrior, as clues about his past lead to a chilling confrontation in his future. The only certain thing in this world of ice and death is white-hot revenge.