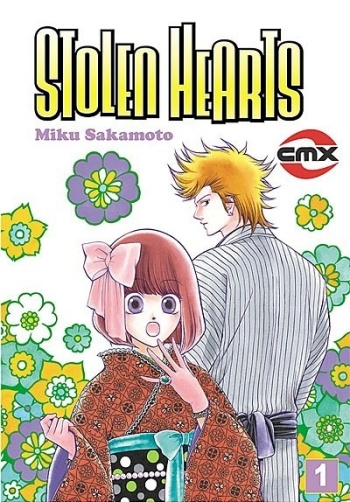 Shiina Kanako, voted the most beautiful girl in her high school, is a member of the school's gymnastics team. Overhearing talk that the boy's soccer team was planning to harass her team during summer training, Shiina decides to ask a mysterious group on campus called "Trouble Dog" rumored to solve all sorts of clients' problems for money. Through this she encounters three mysterious guys named Ryuu, Pochi, and Sabu. Who are they really and what do they want her to do?

Chiaki had to suddenly transfer from Tokyo to a secluded village in the countryside, because of her father's job transfer. Though longing to go back to Tokyo, in her new school she met Miya, whom she initially hated, but as time went by the feelings of hate changed to love. Now, while using her own skills, and competing with the other girls that stick to Miya, she will try to win his love. "I want to be his No.1."

Ami is a normal school girl. One day with her friends, she gets stopped for an interview by a camera crew who think Ami is cute. Shortly afterwards, Ami meets a blond boy who goes to her school named Nozomu. He seems to show some interest in her too. However, after she goes to the 'Darwin' concert, she meets another Nozomu. Very soon after the encounter with Darwin, she then is roped into the entertainment world as there are many people already interested in her from her live interview.

At the end of the second semester, a teacher came. Everybody in class quickly opened their hearts for the childlike adult, Jiro-chan. Kokoro knew that Sensei loved her because he asked her for help. However, Fuwa-kun, the one I love, hated Sensei.

Popular actors, models, charismatic businessmen... Falling in love with handsome icons is super exciting and sweet! A day when you will fall in love will soon arrive...

Shirokane Academy photography club exists not only because of their love for taking pictures, but it is also a secret club for adoring glasses-wearing boys. Their usual work includes finding boys who look good with glasses and taking a picture of them for their club. The club is frowned upon the school's student council, but the girls persevere through various obstacles and continue to share their love and joy for glasses-wearing boys.