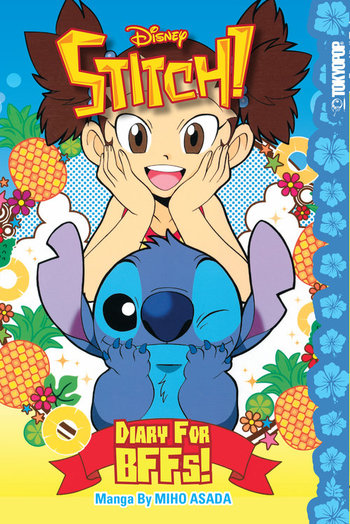 Stitch is kidnapped by space criminals who want to use him to have their own destructive genetic experiment. However, he escapes to China's Huangshan mountains, where he befriends Ai, a spirited local girl who is at risk of being separated from her older sister Jiejie. Stitch becomes Ai's "dog", and the two help one another dealing with the other's problems; Ai helps Stitch deal with the space criminals, while he helps her stay in the mountains with her family.