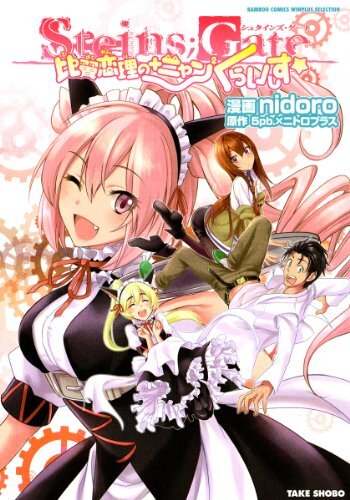 If you're looking for manga similar to Steins;Gate: Hiyoku Renri + Nyan² Crisis, you might like these titles.

In 2019, childhood friends Yashio Kaito and Senomiya Akiho are together in their high school's robotics club, but it is in danger of being abolished. Akiho wants to preserve the club, as she feels like it is her last link to her older sister, a roboticist. Akiho has only Kaito to rely on, but he's more interested in the game "Kill Ballad Online." It turns out, though, that Kaito's obsession with Kill Ballad may come in handy for their robotics club, and there are other allies they'll meet along the way!

Kono Yo no Hate de Koi wo Utau Shoujo YU-NO

A manga adaptation of the drama CD, Steins;Gate: Aishin Meizu no Babel, told from Kurisu's perspective.