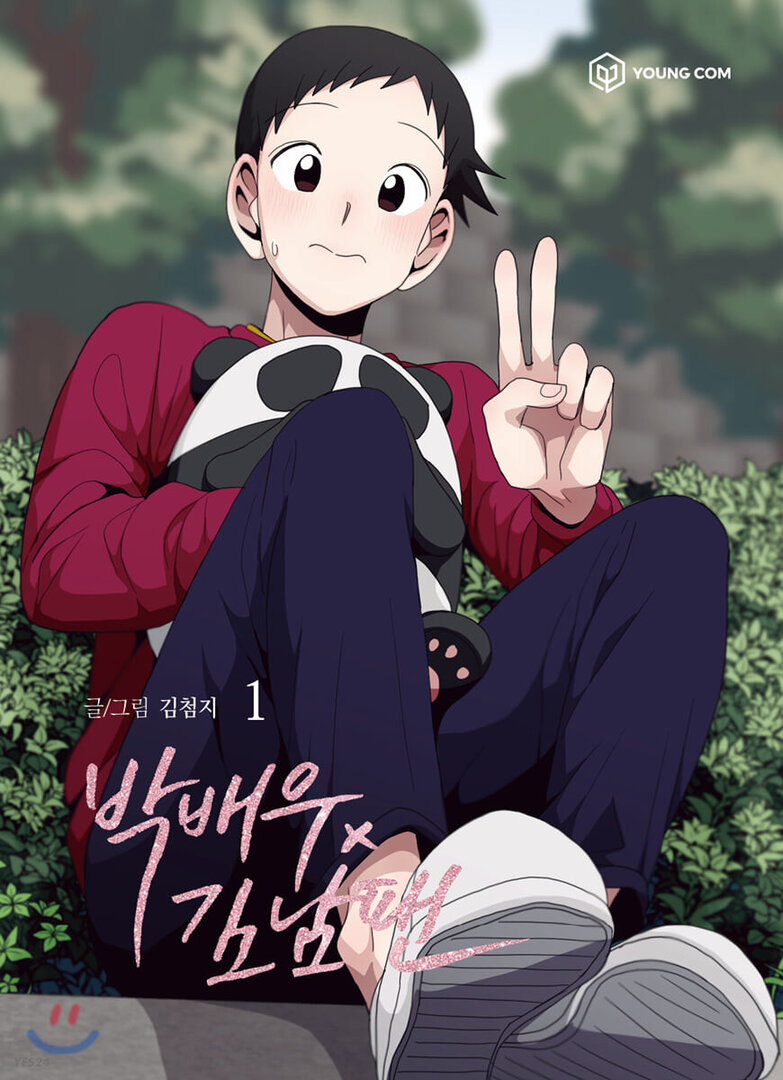 yes yes yes, this story is worth it!!

It’s not only super adorable and has amazing artwork it also just makes you super happy and also emotional? (Well, in my case it did anyways...) the story is literally every fangirl/fanboy’s dream and I just love how the relationship isn’t fast paced or anything to get on to what most BL stories cover (the ‘physical’ parts...), the story’s flow and development makes the emotion build up and burst through the seams.

I can’t wait for more chapters to be released, this is for sure going on my big ass list of favourites!

Warm Bl romance where a fan gets the attention of a superstar. Cute and wholesome, nothing more. Simply put you will get everything you expect in a romance story.

My heart is fluttering from all the wholesome joy these two lovebirds gave me the characters are likeable & the simple artwork fits right in with the mood. I've no complaints other than myself still wanting to know how Ari and that dude friend turn out, and public reactions concerning Star + Fan's relationship reveal. Talk about pda and shit but you still hid it pretty well dun ya.

I dislike Fan's mom tho i know she's just used to being that stereotypical parent who could tell their kid off just coz the kid has "unrealistic" dreams, yet get taken over once their kid achieved that goal (laughs in success) and their traditionalist reasons just magically won't sway their strict "mom" judgement in any way anymore.

Author didn't rush Fan's journey in catching up to his dreams or anything, he was portrayed to be struggling with this and that shit (life dilemmas in general) to eventually come to realisation that acting is his true niche, and to top that off a hotshot boyfriend to reach up to since Fan hun initially thought their different standings made him feel like he's out of Star's league. Fan's a lucky bean for having Star as romantic & career support, plus they bloody COMMUNICATE ya dunno how pleasing is that to watch. Moving on, that last audition closes Fan's journey beautifully *sob* *sob*, Emma Stone singing "the fools who dream" came to mind, coz it's a similar groundbreaking audition that got them the DREAM they longed for; however it's no sentimental shit that Fan pulled he just did a slick monologue on bread loool.

Overall, it's cute and drama-free AND MOST IMPORTANTLY relatable for those stucked in a stable job/dream dilemma (well u see this story from time to time but since it's BL... hehe)

I saw this Manhwa many times and i kept avoiding it saying to myself "i'll read it later" now im looking back at my past self and i want to travel back in time just to slap some common sence into my past self. THIS MANHWA IS SO GOOD. its so wholesome and cute. Every scene make me laugh so much as well almost getting a heart attack because of the interations between Star and Fanboy. ima say this only once. DONT BE LIKE MY PAST SELF AND GIVE THIS MASTERPIECE A CHANCE.

I might beba little bias (who am I kidding, I AM bias) because everytime I read a chapter, even up till the last one, filled me up with so much seritonin I had a headache. I'm serious. If you want a hearwarming BL that good for all the ages, this ones' for you.