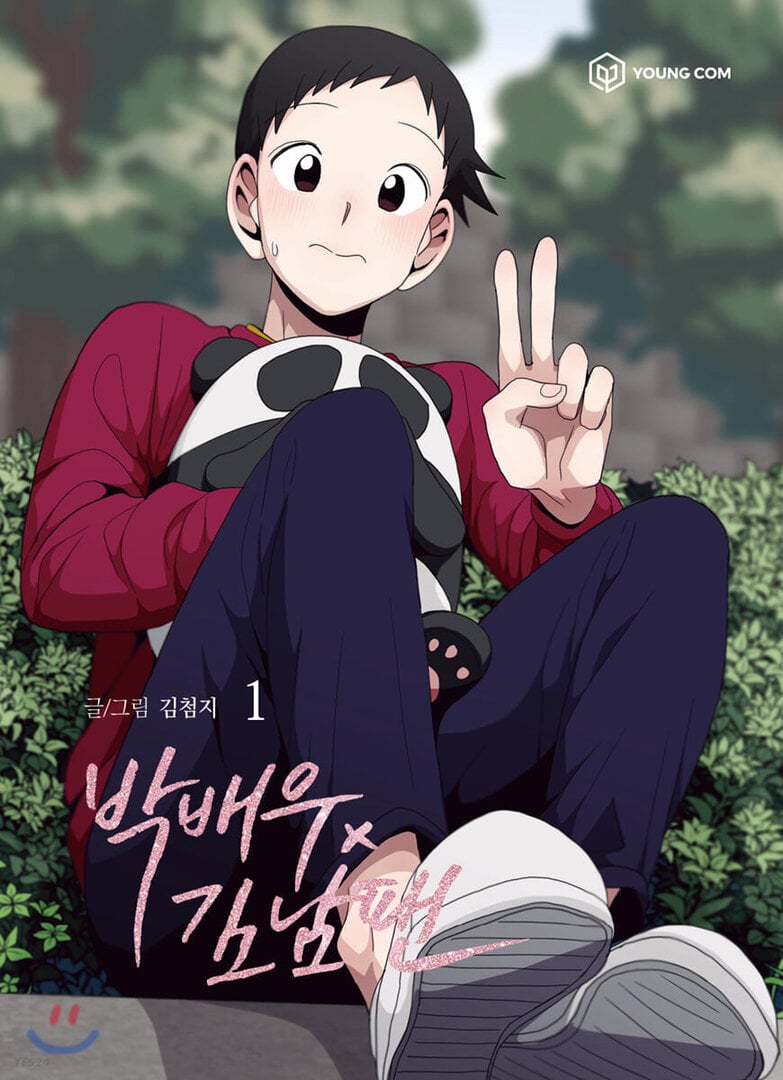 So much fluffiness! The characters in these webcomics are adorable, recommended for fans of fluffy BL.

I recommend both if you like the other because they both have cute vibes and both of the main couples have to watch out for society's view on gay relationships. They both try to keep their relationship secret from others.

Both mangas explore the topic of a down-to-earth guy admiring a distant celebrity who suddenly just crash into his ordinary life. Star x Fanboy might be a lot more innocent and sweeter compared to steamy BJ Alex, but both are a great read none the less.

Both stories follow fans who meet and develop a relationship with a famous (or infamous) celebrity. While the story diverges greatly, there are lots of moments whether it be secret-keeping or misunderstandings that draw parallels.

this is an inocent adorable manga and it doesn't leave you hanging the author of this manga also writes yaoi too. check em' out sometime. i highly enourage.

Aiden ends up working with his favorite novelist, but when he meets him, things start to take a different turn...

Both of these cute BL webtoons feature a well-known person who falls in love with their adoring fan and ends up working together with them..

A charming young man with a job at one of the top firms in Korea, Param is a catch by everyone’s standards. However, he has a couple secrets that could topple his hard-won elite status: Param is gay, and has an oversensitive body that gets turned on at the slightest touch. So far, he’s coped by hiding his crush on his boss and taking care of “emergencies” in the office bathroom. But one day, he’s caught redhanded by the new personal trainer at the company gym. Will this hot, smirking jock ruin Param's life, or turn out to be his remedy?

There's a lot of similarities. Both take place in the film industry, but Anti P.T. is a lot steamier than Star x Fanboy, which is more cutesy. But I'm sure you'll enjoy it nonetheless.

Liang Xuan, a gay veteran actor, chases after a shy and innocent newcomer. Then comes in Luo Fei…

Towada Nozomi is a popular actor, and ranked as the Number 1 Most Beautiful Man. But because of his arrogant behaviour in contrast to his looks, he has always driven away the people around him. One day, after a word from Towada, Tani is made to become Towada's personal hair and make-up artist and take care of everything around him. Before he realises it, he can't take his eyes off Towada's every single move...

Reincarnation of a Superstar (Novel)

Du Yun Xiu is a very gentle and kind person. He can throw away his chance to be successful in his career for a one-sided love that has no solution. He will stand up to a mafia boss for an actress he does not know. When the media exposes his sexual orientation, to cover up for the other person, he does not utter a complaint, and he faces the discrimination all by himself, to the point it brings him down to the pitch of hell with no return. Even after he was dead, standing in front of his own grave, he still does not have any grudge against Xie Yi, he even takes Xie Yi as his motivation to urge himself to be more successful in his new life.