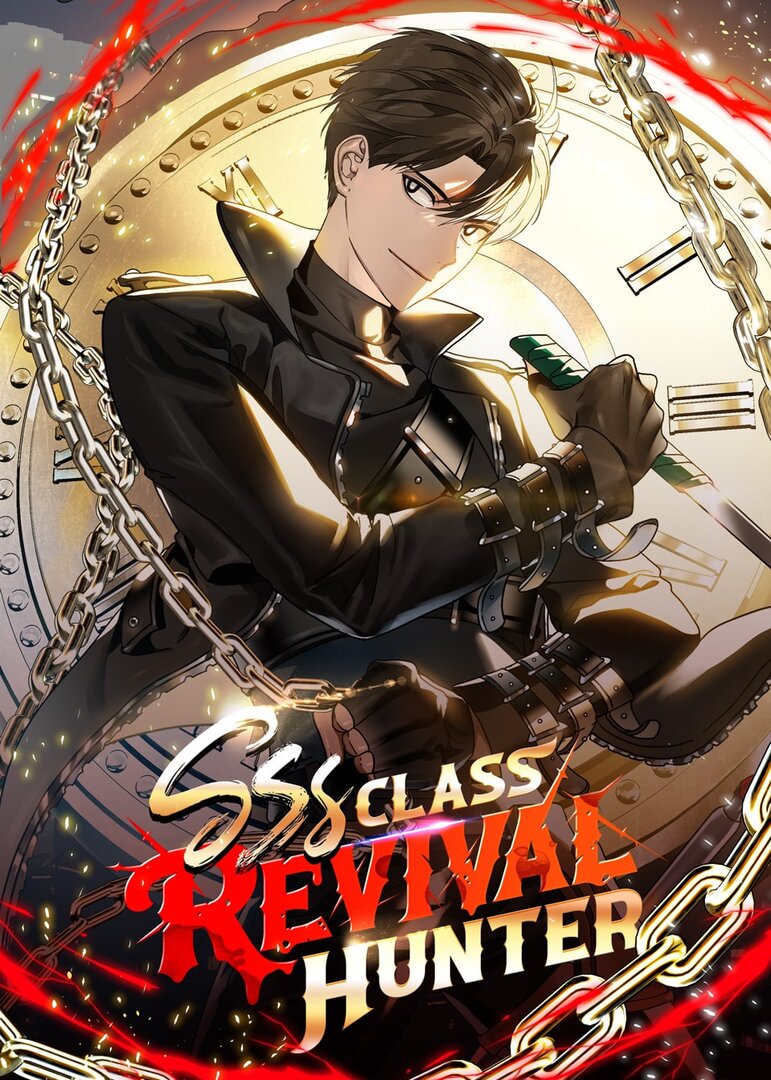 Both MC start as weak but they got chance to get stronger.

Both hero are smart.

In solo leveling hero allmost everything must discover by himself to get stronger. But in SSS-Class Suicide Hunter hero have ghost as support and advisor.

If you liked Solo Leveling or SSS-Class Suicide Hunter, you'd like the other because... both mc lose their fear of daeth and both have op skills and dope art and the story plot is amazing

I only read this because everybody don't stop saying it......but now I now why.....it's really awesome!

Leveling Up, by Only Eating!

The main character is stricken by a rare condition that affects only two people in the entire world, bulimic deficiency. He organizes his daily meals to survive, but his hope of survival grows dimmer as the days go by. He consults a doctor, who suggests playing the Alternate Reality Game 'Athens', where he can eat as much as he wants without gaining any weight. He plays the game to save his life and become stronger by doing nothing but eating!

The MC goes from weak to overpowered using obscure skills and crazy determination. Both are also interested in NPC-like characters and focus on solo play or leveling.

They both are super OP (Over Powered) . That is all I have to say for Leveling Up, by Only Eating! and SSS-Class Suicide Hunter :)

both MCs have knowledge of future events

both are strong characters they also kind look the same lol

same vibe as well as:

Dawoon's ordinary life is turned upside down when he is summoned into the Dungeon, where he must play a deadly game, outlasting dangerous monsters and life-threatening traps. To make matters worse, he's only a mere crafter with zero combat abilities. But after Dawoon falls into a trap and survives after a glitched reset, he's gained random but oddly helpful skills. He'll need to get creative to clear the game and return home, with a bloodthirsty assistant and an adorable ground squirrel along for the ride. Now that the rules no longer apply to him, what possibilities await in the tunnels below?

The manga has a lot of the same concepts, such as over-powered main character, dungeons and cheat leveling up. Available on Tappytoon or one of the free websites (such as www.Mangago.me)

Both MC can die and have memory before death and both of them when they die, they respawn at some checkpoint(In SSS-Class hero back in time 24h before deathIn Skeleton Soldier this checkpoint is difrent what paht he chose in this life.)

Both of them they meet a partner who advises them in they adventure.

The S-Classes That I Raised (Novel)

An F-Class Hunter. And on top of that, a F-class older brother who can’t even begin to catch up to the heels of his amazing S-class little brother. After living a life that fell to pieces and even destroying my little brother’s life, I picked up the following resolution: “Perfect Caregiver”. That’s right, this time, instead of becoming mean, I will quietly support those who are more capable. Is what I thought... but the S-classes are kind of… weird.

Both have protagonist who once died and regressed to when they were younger but with an overpowered yet strange skill. They both use trial and error as well as creativity to use the skill they got along to live their second chance life to the fullest. They had once been failures but they resolve to gain everything they didn't have in their precious life in the second by using their knowledge of the future to avoid mistakes thye made in the past as well as seeking ippertunities for a secure and stable future

The Second Coming of Gluttony

He was an addict, a loser, a despicable human being. But, one fleeting dream that may not be a dream at all reawakens his once-lost senses. Possessing a very unique ability, he will use that, and the dream, to forge his path in the world now known as the Lost Paradise.

The Bookworm: Soo-Hyuk. Reading is fun number one; he's always looking for a new way to read books. He even joined a new game, <Pangea>, so no one could disturb him from reading books. The moment Soo-Hyuk finished reading his first book there and closed it, he received a notification: Wisdom +1 level....