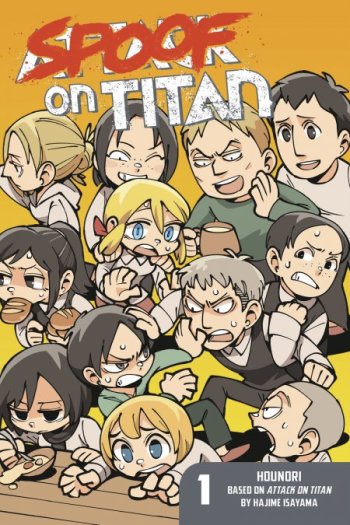 The artwork for this series works great with the more comedic tone this parody is going for and getting to see smaller interactions between the charcaters outside of the main plot has been fun. Despite this version not being canon, I'd like to imagine that at least some of it is as it creates a more fleshed out world that shows the more day-to-day lives of the main series characters.

It has solid enough artwork, for a chibification. Some of the characters are difficult to differentiate, but I like the style. I like the underlids and hair and general thick linage.

The humor is lowkey and honestly somewhat lackluster. It can be silly. It's a lighthearted and easy read.

It riffs on some of the events and dynamics within the main series--mainly focusing on the social gatherings. There is a lot of emphasis on the romantic connections, which makes a lot of sense considering that traditional comedic plays had romantic elements and would almost always end with weddings. The light tone wouldn't have worked nearly as well if it focused on the gore and violence and constant death from the main series.

Each chapter will have a specific theme or idea that it is focusing on. Sometimes, they'll have the classic characters thrown into a different type of setting (like an office setting, a real-world classroom, or a spaceship) or they'll just have them engaging in activities from our world (like horoscope readings).