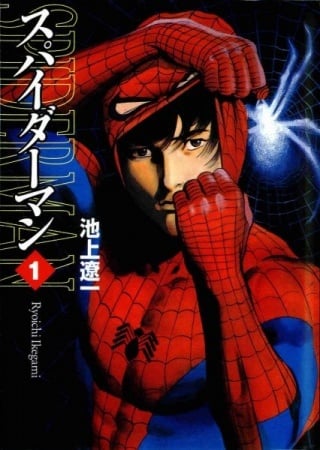 It might not need to be recommended but Marvel fans should love this manga as well. The anime and cartoons are worth a watch as well.

Deadpool moves to Tokyo and makes a mess of everything! Everyone’s favorite Merc with a Mouth is back! As a member of the newly formed Samurai Squad, Deadpool moves to Tokyo, where he soon runs afoul of some familiar faces. Whether he’s teaming up with new heroes, battling gods, attending concerts, or being repeatedly dismembered, Deadpool always brings chaos and his characteristic sense of humor along with him! Deadpool lands in Tokyo with a bang! Several bangs in a row, actually. Plus a few slashes, a thud, a fwoosh or two, and finally, a huge kaboom! What could possibly go wrong when Iron Man invites Deadpool to the Samurai Squad of the Avengers? After all, Deadpool is just in it for the money…and the trip to Japan. This is fine, right?

Logan is a teenage rebel with a real good reason for having a real bad attitude. Ever since being left in a nearby forest–with no memory of who he was or how he got there–Logan (or Wolverine, as his classmates sometimes call him) has been stuck in a martial arts school in the icy wilds of Canada. No wonder he’s bored, restless, yearning. There’s a whole world out there, and Logan can almost taste it. But he’s chained to a past he can’t remember and can’t escape. Now it just may destroy his future.

Tony Stark and Spider-Man must go to the Japan Game Convention in Tokyo to face off against a formidable foe— a creator of a card game called SECRET REVERSE! Are the cards in their favor? We'll find out!

Arrogant genius surgeon Stephen Strange learns the mystic arts from the Ancient One after a career-ending car accident.

Time and again, the Avengers have assembled to save the Earth from destruction. But they’ve never had to face a threat as gruesome and UNDEAD as this one! Now, Earth’s Mightiest Heroes must fight to contain an outbreak of horrifying zombies, and stop them from spreading across the Earth! But not all of the Avengers will escape uninfected…

The manga follows Makoto, a young boy who gains superpowers due to an evil gene manipulation experiment. Makoto and other youths join the Avengers as apprentices named "Future Avengers." It will show Makoto and others as they train, fight villains and grow, under Avengers members Iron Man, Captain America, Hulk, Thor, and Wasp.

SUPERMAN vs Meshi: Superman no Hitorimeshi

Centers around the daily pastime of the strongest man on Earth, who can hear the growling of stomachs throughout Japan at lunchtime with his superhuman hearing.

In the 1960s, at the height of the Batman TV series’ popularity, a shonen manga magazine in Japan serialized fifty-three chapters of original comics starring The Dark Knight, all written and illustrated by mangaka Jiro Kuwata. The complete Batman Manga adventures in English for the first time in three painstakingly restored volumes. The adventure begins when the Dynamic Duo faces the insidious threat of Lord Death Man!