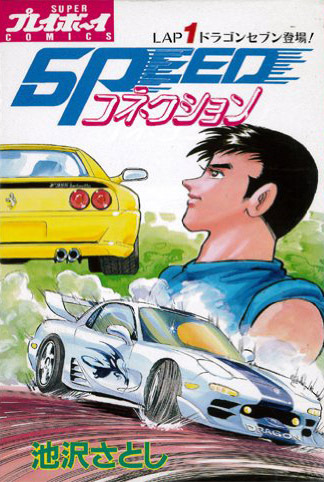 The day after he finds himself dumped by his girlfriend, Sorayama Shun recieves a letter... from himself? The letter was from Shun 25 years later for his future self. The letter reminds him of the time when he dreamed of owning a Countach and being a successful professional racer. With loads of luck and his ambition to make his childhood dream come true, he finds himself as a new owner of an LP400 Countach.

Set in Yokohama and centers on high school student and pro driver, Aika Misaki. While she works as an idol in kart racing, she is also an undefeated street racer in her Subaru WRX STi.

The story begins when Hinata Satou, who works hard at the womens auto racing club of Mihama Private Girls High School, which has only one member, becomes friends with Yuuri Yamamoto in the same class.