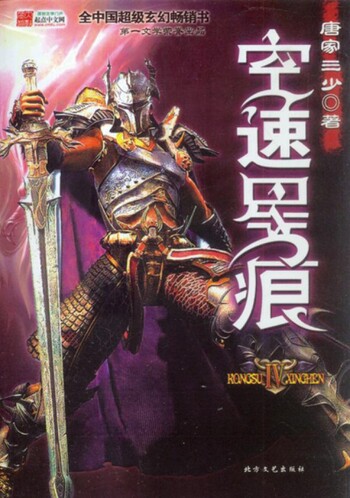 If you're looking for manga similar to Space Speed Xing Hen (Novel), you might like these titles.

Due to the God of Goodness and the God of Evil’s reincarnation and changes, the Divine Realm’s internal strife has been gradually increasing. The God of Destruction is the head of a faction opposed to Sea Asura God who heads another faction, eventually leading to war. However, it is at this time that the Sea Asura God, wife has become pregnant. Tang San has a premonition that a crisis bigger than the Divine Realm’s internal conflict is about to arrive. What is this crisis?

It has been a year since Li Fuchen lost his “talent”. Now he lives the life of a wastrel, being bullied and beaten by those who were once inferior to him. However, he had still not lost everything as he is engaged to a strong and pretty girl of a powerful family… but that came to an end as the engagement was abruptly anulled. With shame brought to the family and his life engulfed by darkness, a ray of hope pierced through the sky.

Once I’ve become Immortal, then my attempt to conquer the world shall begin. I, Zhong Shan, in order establish a supreme heavenly dynasty, must marshal all the luck that I can gather to cleanse my own karma. Then I will have the strength to fight heaven itself, create a new world, and live forever.

A Will Eternal (Novel)

One will to create oceans. One will to summon the mulberry fields. One will to slaughter countless devils. One will to eradicate innumerable immortals. Only my will… is eternal. A Will Eternal tells the tale of Bai Xiaochun, an endearing but exasperating young man who is driven primarily by his fear of death and desire to live forever, but who deeply values friendship and family.

Liu Ming, since he was young, lived in a savage prison named Savage Island where the prisoners aren’t controlled by any guard or security. When the island sinks due to “mysterious” events, only a handful of people survive – those survivors are then pursued by the government. On the other hand at another place two practitioners are worrying about what will happen to them because the young master that they were supposed to protect had died.

Empires rise and fall on the Yulan Continent. Saints, immortal beings of unimaginable power, battle using spells and swords, leaving swathes of destruction in their wake. Magical beasts rule the mountains, where the brave - or the foolish - go to test their strength. Even the mighty can fall, feasted on by those stronger. The strong live like royalty; the weak strive to survive another day. This is the world which Linley is born into. Raised in the small town of Wushan, Linley is a scion of the Baruch clan, the clan of the once-legendary Dragonblood Warriors. Their fame once shook the world, but the clan is now so decrepit that even the heirlooms of the clan have been sold off. Tasked with reclaiming the lost glory of his clan, Linley will go through countless trials and tribulations, making powerful friends but also deadly enemies. Come witness a new legend in the making. The legend of Linley Baruch.

A strange continent in another world. No magic, no battle qi, no martial arts, only martial spirits. Ten thousand years after the Tang clan was founded on the Douluo continent, the Tang clan has declined. A whole new generation of proud talents has been born. Will the new generation of the Seven monsters of Shrek be able to reestablish the Tang Clan and compose a tale of greatness for the unrivaled Tang Clan?

Following the advancement of spirit technology, the humans of Douluo Continent conquered the ocean and discovered two new continents. After being hunted by spirit masters excessively, the spirit beasts are nearly extinct. After countless years of lying dormant, the King of the Spirit Beasts has awakened in the Great Star Dou Forest. It will lead its remaining clansmen in taking vengeance against humanity!

Watch as Mo Wuji fights against this destiny with his grit and tenacity. Feel your hearts pound as he goes through exciting adventures and encounters. Cry as tragedies befall him. Smile as he crushes his enemies and forges his own path. Where will his cultivation ultimately lead him?