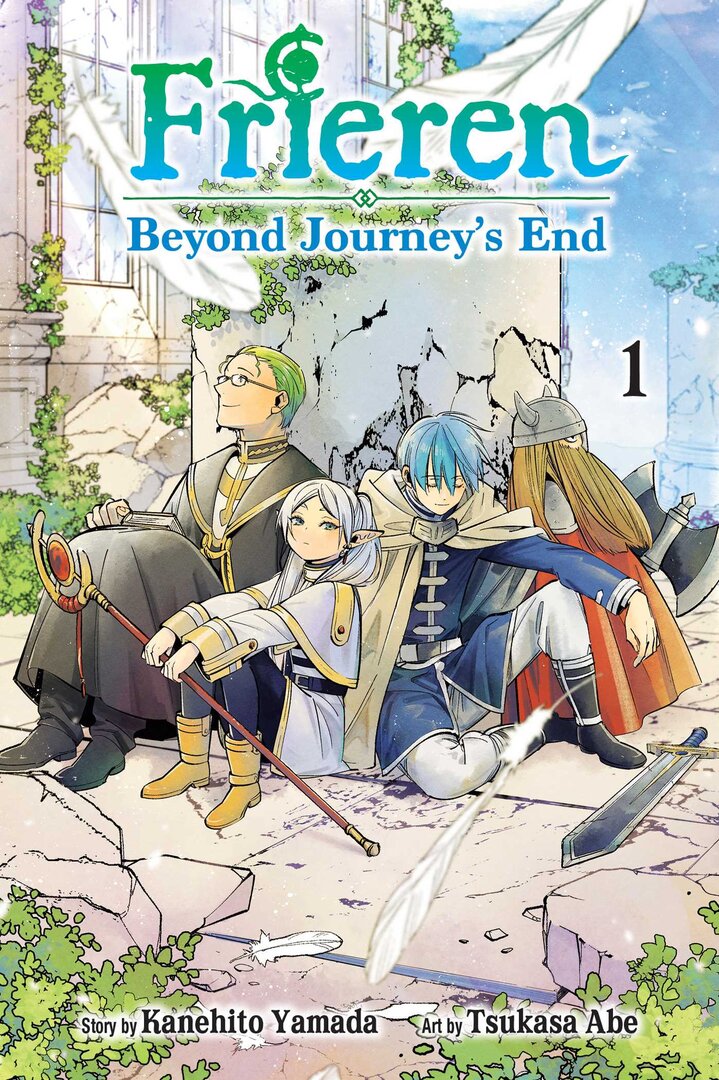 Frieren at the Funeral is a new (currently only 3 chapters), interesting and charming fantasy manga with a rather unique idea. Because, rather than following the hero and his party while they journey to go defeat the demon king and save the world, this manga follows another staple of fantasy manga: the elf in the party! More specifically, we follow the elf mage Frieren as she travels in search of new types of magic, after the world has been saved.

As years can pass by in a panel, and decades in a page, it's still quite a nice feeling to see her go back to her old friends - even though they changed very visibly by the time Frieren sees them again. 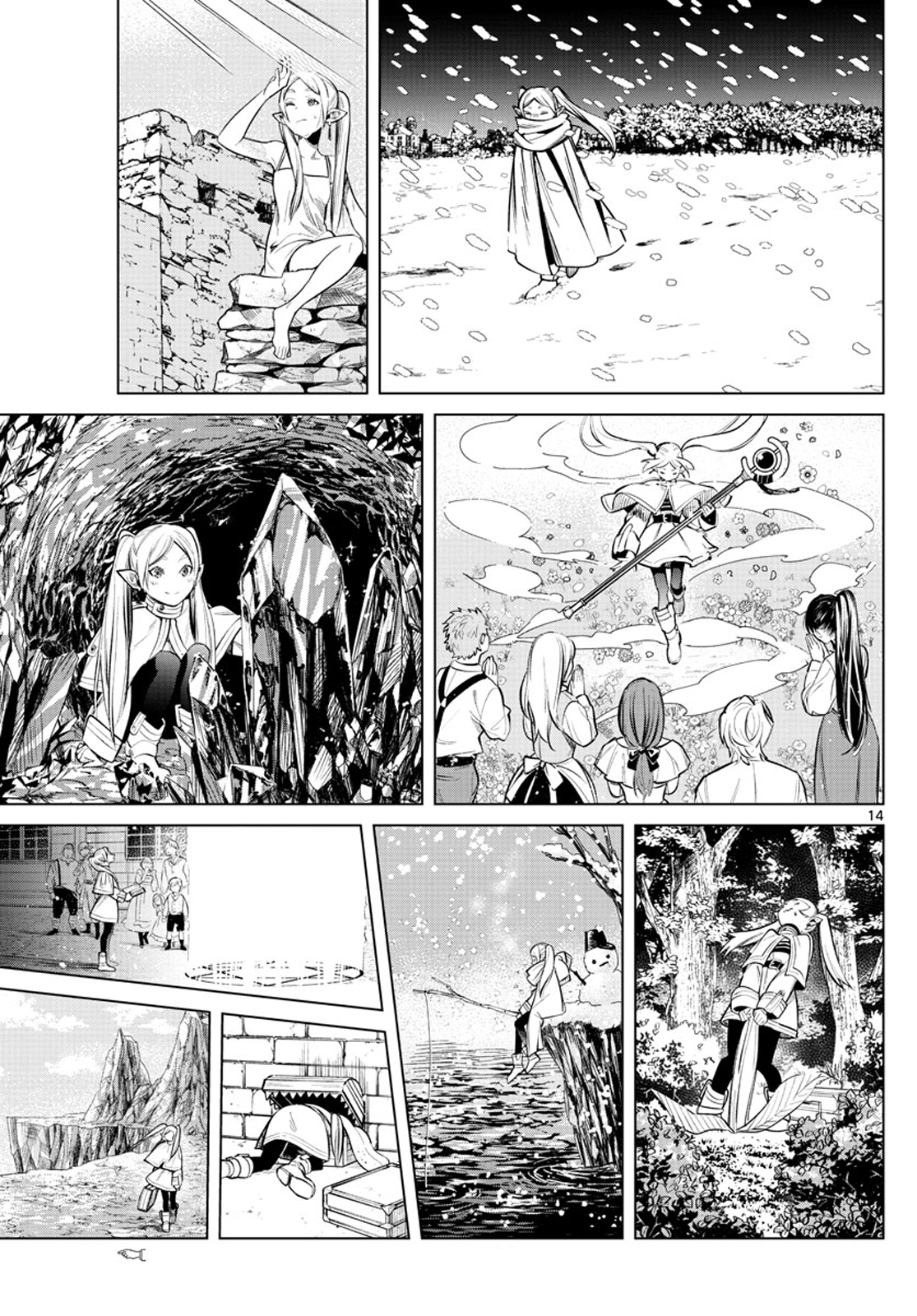 While the manga is mostly enjoyable due to the calming atmosphere, it also hit a number of emotional notes that are a bit sad but also beautiful. And as we learn more about Frieren and her old comrades, I feel like those emotional moments will probably hit harder on a re-read when we have more chapters and backstory.

It's a manga that's sad and happy at the same time. Time seems to effect everything and everyone except for Frieren, but if she or you should be happy about that is quite dubious.

As you can see above, the artist also does a great job. The drawings are a lot more refined compared to a lot of the manga I've read so far.

It's a promising and charming new fantasy manga about an immortal who loses her friends to the passage of time. It's a great read already and definitely something I recommend trying.

Frieren's sense of scale when regarding time is different from everyone around fem because fe's lived for over a thousand years already; fe sees a decade as an inconsequential blip. But after Himmel dies, Frieren realizes that the decade fe had spent adventuring with fem had actually affected fem and fe wishes fe could have gotten to know fem better. Each chapter begins by noting how many years have passed since Himmel's death, with all of the current events taking place twenty-odd years after. Frieren is still traveling around the world acquiring magic as fe has always done, but now fe has also started sorta retracing feir steps of the journey fe had taken with Himmel while gathering a next generation of companions. Feir journey feels pretty lackadaisical, with fem being willing to put feir travels on hold for seemingly unimportant tasks (like searching for a specific type of flower in a forest) for months or even years at a time. The magic fe acquires isn't what you'd traditionally consider useful. For example, fe gets magic to warm tea, derust metal, make shaved ice, and see through clothing.

In chapter 7, we get a clearer goal to Frieren's travels, though I think for the most part the story will continue to consist of small, unconnected adventures in towns on the long road to Aureole. They may gather more companions along the way. And Frieren will almost certainly learn even more to appreciate and enjoy building relationships with these short-lived humans.

(only 5 chapter released so far)

Amazing gem, if the quality keeps up it might become one of my favroutie mangas.

Just chapter 1 works as a great standalone that I'd rate 9/10.