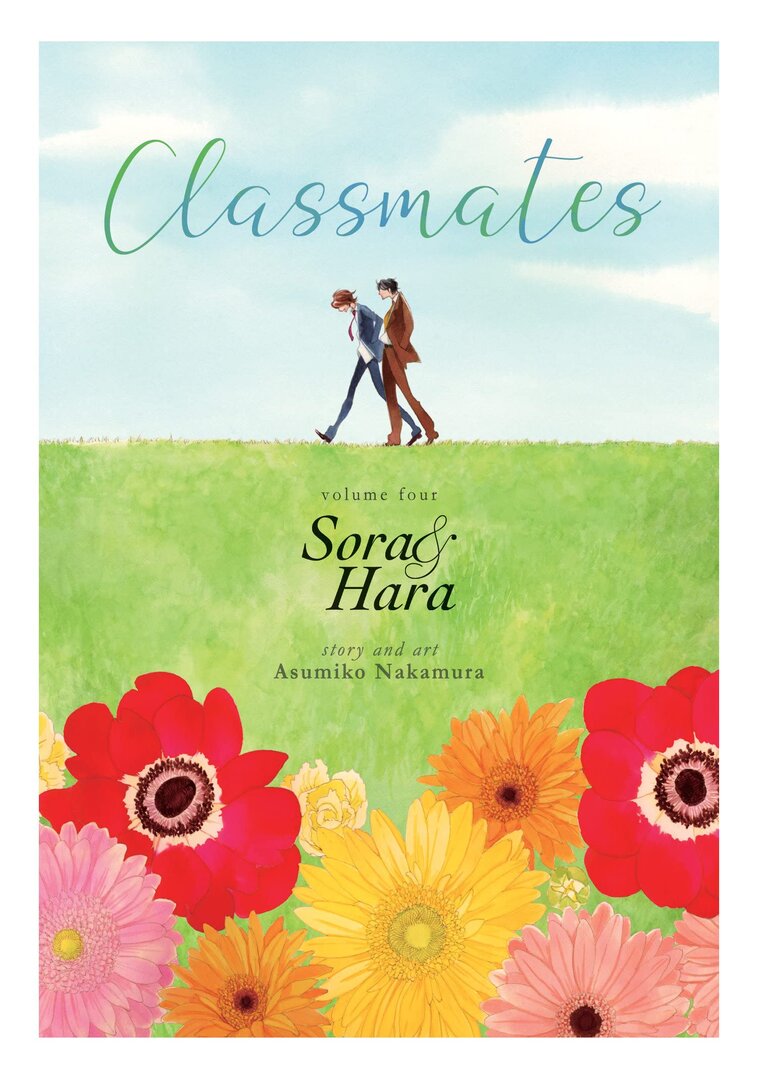 Satoru Tendou knows that one-sided love is a fate worse than death. A lonely window used to connect him to his best friend, the talented Shirou Sawaguchi. But as the boys grew into a hotshot cameraman and a track champion, the simple “goodnight” whispered through the tin can phones of childhood vanished into confused silence. Two hearts once beat together as one... will a surprise from the past allow deep emotions to bloom like the sakura flowers, or will a surprise from another plotting boy pull everyone apart?

All Midori wants to do is set out on his own and study overseas. Unfortunately, his crafty cousin (and math teacher) Hanabusa lectures him day and night about his decisions, and his spazzy best friend Kanoh is freaking out about everything! In order to balance this equation of the heart, Midori is going to have to stay truly focused. But will he factor in the unexpected variable of first love?

Ooshima's best friend and girlfriend says they love each other. He should be angry, but all he thought was that he was interfering into their relationship. Kurosaki is the boy that befriends him and might also be the person to help mend Ooshima's heart.

After being caught kissing his senpai, Umegaki Kaoru is ready to do anything to make Yajima keep his secret, but instead of being extorted as he was expecting, Yajima asks him to become his friend. Just what could he be planning?

Chiharu Saeki and Wataru Toda are two high school students who share a common hobby: They love to watch movies. After they meet, they become fast friends, until one day, when Chiharu confesses his love for Wataru. Wataru says that Chiharu's confession doesn't bother him, and the boys continue throughout their summer, going to pilgrimages to see film spots from their favorite movies. But the more time he spends with Chiharu, Wataru realizes he may not only be as unaffected by Chiharu's confession as he claimed to be, but those feels may also be mutual.

Can you fall in love with someone by looking at them? Chikawa is a high-school art student who likes staring at Naozumi. He can’t look away. He even gets teased for spending his free time in art class drawing Naozumi’s face. One afternoon, Naozumi agrees to model for Chikawa on an art piece. Together in the quiet space of the art room, Chikawa begins to wonder. If you’re always looking at someone, does that mean you can see them for who they truly are?

A story about two high school boys, Ume and Take, whose relationship seems to revolve around rainy days.

Naoto Sena is in love with his childhood friend Go Kamikawa. One day Go tells him, that he fell in love with someone and that person is also a guy and that he loves him back as well. This is a tragedy for Naoto. How should he behave and stay calm when his secret love already has a boyfriend?

The angel that Taisei saw at the train station was completly his ideal type. Without thinking straight, he goes up to this angel and confesses his love, but it turns out it`s a guy! Now he`s known as a homo even before school starts, and it turns out that guy also goes to his school! Their relationship is like a cat`s and dog`s, but he still really likes his face and continues bothering him. Is he an angel or a devil? Tsunderes really aren`t cute at all. Two people, both with an awfull mouth, fight all the time and their hearts connect like an eartquake!