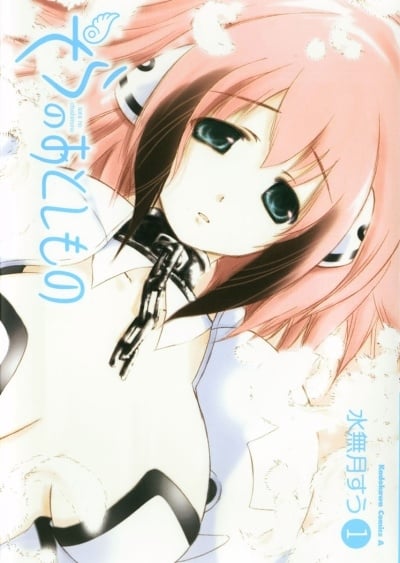 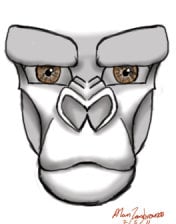 The way I see it both stories have many similarites. They both have angels, my balls has more deamons then angels but its a good story, that has a girl join the main character out of no where.

Minato Sahashi is a loser who's failed his college placement exams two years running. But just as he's contemplating giving up and moving back in with his mom, a chance encounter changes his life forever! Enter Musubi, a girl who literally falls into Minato's life! Musubi is a Sekirei, a mysterious being caught up in a game in which only one of her kind can be left standing. But in order to be victorious in this contest, she needs to find her fated partner...and guess who fits the bill??

Fighting, great ecchi humor, boobs! Both mangas have very good sense of humor, there are harems full of hot babes and a lot of nude scenes.

Girls of the Wild's

Wild's High has a 42-year history as a fighting specialized, girls only, private high school meant solely for the elite. It is also the place that Wild's-League is held: the most popular event in the country and the only place in the world where teenage girls have brutal fights with their lives on the line. One year the school changed from a girls only school to a mixed gender school. The only male student, Song Jae Gu, has been granted a full 3-year scholarship regardless of grades. Being someone who had to spend every moment either working or taking care of his younger brother and sister, he accepted. But after meeting Queen, the bloody champion of Wild's-League, drenching her in coffee, calling her a monster, and getting caught seeing her while she was taking a shower... his scholarship could prove fatal.

In both the female lead has trouble expressing emotions and has a deep affection for the main character. Also, both are harem.

Shimizu Kenta's high school life changed when he was seduced by Aoi Riku as a joke who then proceeded to bully him mercilessly. However, a messenger from hell named Beatrice came and gave him a choker so that he can dominate sinful women as an executor.

Grab Sora no Otoshimono, one of the most popular ecchi based on a trusting master-servant relationship. Elevate the amount of fanservice changing the purpose of some of the tools: from a magical collar to bound a couple to a demonic collar capable of subjugating the servant, the "bad girl", in order to sexually "execute" her and purify her from a demonic snake. There you have Oshioki X-Cute.

Two different titles that use similar key tools to show a different type of fanservice. Safe to say Oshioki X-Cute is blatantly explicit with no means to hide the purpose of the manga. Sora no Otoshimono is a lighter romcom, pantsu are and will always be the icon of this title.

Shouta Yamakawa is in love with manga…and the 2-D girls in it! So when a casually uttered wish to have the lovely, frail Sora Nagihara-his favorite comic heroine-by his side comes true, Shouta can’t believe his eyes! But he quickly learns that while this Sora is just as cute as the one in his comic books, “frail” is the last word that comes to mind for her personality! She’s one bold, brutal babe, and she’s ready to bring the world to its knees for him, her new master?!

Bot series shate the same author, style of drawing caracters and premise od magical OP GF. The main difference is that Gou-Dere is even less serious constantly breaking 4th wall and the main perv is a girl instead of a guy.

When Mifune fell hands first into Chiharu's bulbous, bulging bosoms one day, he had no idea his life would change forever. For the girl is a member of Eiken, a school club filled with busty beauties such as banana-loving Kirika and the exceptionally top-heavy child Komoe, and they've decided to recruit the boy as one of their own! With perverted situations at every turn, Mifune finds himself in frequent compromising positions, whether the group is barbequing on vacation, participating in a school 'endurance challenge' or fending off sexual advances from friends and family.

Yukinari is blessed with an clinical fear of women, commonly known as gynophobia. In addition to his mental ailment, he has the misfortune of being short and weak, making it easy for women to overwhelm him further. Even when his childhood friend, Kirie, approaches him, he immediately breaks out in hives. Thus, life is very lonely for Yukinari, until suddenly in the strangest way possible, he is transported into another world, and into the arms of the beautiful shoujo, Miharu! This time, for the first time ever, he doesn't react. Could this be the start of something special?

A year after their spaceship crash-landed on Earth, the alien species known as 'DearS' have been accepted into the Japanese citizenry. They are adored by many fan groups and trusted by most humans - with the exception of Takeya Ikuhara. Kind-hearted but resistant to change and skeptical of the DearS' seemingly-friendly behavior, Takeya tries to have as little to do with them as possible. But after he saves a girl from an incoming truck, and she turns out to be a DearS, Takeya ends up being far more involved with them than he could have ever imagined.