Something About Us - Recommendations

Alt titles: Our Relationship Is..., Urisaineuneun 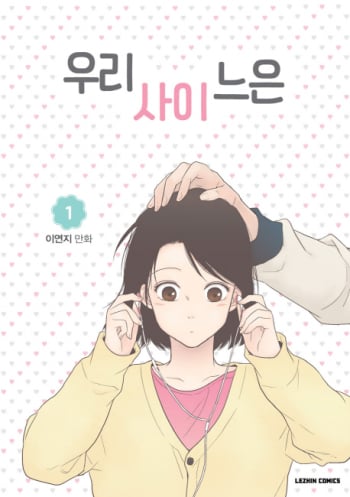 Both have MC's that have been friends for a long time but are starting to feel something more.

Both do a good job of making the side characters likeable. loveable even in some cases.

Forever Mine is still ongoing while Something about us is finished.

Forever Mine takes places in high school where Something about us takes place in university.

Forever Mine has a bit of a supernatural plot while Something about us is simply a sweet romance.

Either way if you liked one you'll probally like the other and I really enjoyed them both.

Both series feature a romance between two childhood friends that takes aaaaages for either of them to realise they have feelings for each other, but is super sweet.

Jin-Ho isn't your average high school student. He has a notoriously stubborn sense of right and wrong, and no interest whatsoever in any of the girls at his school. Enter Ms Hae-Young, Jin-Ho's new homeroom teacher. Armed to the teeth with her own stubborn sense of justice, she's determined to set Jin-Ho straight and turn him into a model student. But of course, things aren't so easy when people think you should be a model rather that a teacher. You're emotionally and mentally stressed due to a runaway father, and the person you're trying to help wants to clash with you every step of the way! Enter the world of Unbalance Unbalance and see how two hard-headed, yet delicate people start a relationship that may either explode or fit just right!

Both have the same style of a Korean take on shoujo romance. Lots of jealousy and misunderstandings.

However unbalance is an ecchi.

With Kang Dol's crush on Yang Yang growing larger and larger, he decides to confess his feelings. With his back turned against her, he makes a courageous confession. But when he opens his eyes and turns around, instead of Yang Yang, he finds Min Dosim standing in front of him. Oops?! But the more shocking twist is that Dosim, the school's most popular girl, mistakenly obliges and they decide to go out! What is Kang Dol supposed to do to fix this mess?

Both series have relationship growing around friends. similar love triangle and liking other people feature.

Kim Jumi's life is like that of any other teenager preparing for her SAT's: all work and no play. But one summer day, she witnesses something on the rooftop of her school... From then on, she finds herself getting progressively more tangled up with two boys who're in a complicated relationship.

Cheese in the Trap

Seol Hong is a hard-working student, who has returned to college after a long break. Jung Yu is a senior at the college known as Mr. Perfect. Seol feels like her life took a turn for the worse since she got involved with Jung. Is Jung intentionally turning Seol's life?

The Sweet 18 Ji-eun has been BFF's with her friend next door Min-cheol for more than 10 years. Normally there isn't "just friendship" between boys and girls but they have been claiming that they're just friends for past 10 years... However they come to school together, and gets out of school together, visits each other when each other is sick, and when they go play the both of them goes alone... Will they really be able to remain as just friends like this...? A story far from love~ but closer than just friendship~ Ji-eun and Min-cheol's strange school diary.

You Have The Wrong Person

What would you do if you found out your childhood friend wasn't who you thought they were?

Childhood friends Riley and Terry need a plan to break their engagement. Riley tries to win the heart of her crush Josh, but will their crazy plan work?

Ryun is an unmotivated high school student who feels like there's nothing to do in life. Min is her childhood friend who is annoyed at his own popularity. This series is about their daily lives, who they meet, and how they grow.